Everyone loves George Clooney — except for the Independent Spirit Awards. When choosing nominees from 2011, the committee snubbed Clooney and his headlining performance in The Descendants. 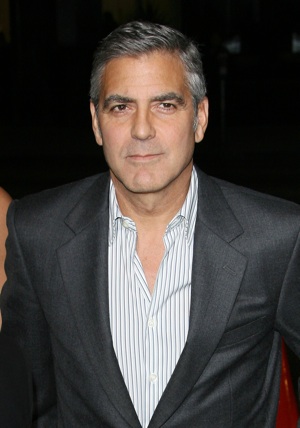 Tuesday morning, Film Independent announced their nominees for the 2012 Independent Spirit Awards. Out of this year’s 277 submissions, the committee picked the brightest and the best indie film had to offer.

The Artist and Take Shelter lead the pack with five nominations each, including Best Feature. Nipping at their heels is the Alexander Payne drama The Descendants, which is also up for Best Feature, as well as Best Director and Best Supporting Female (Shailene Woodley). Unfortunately, leading man George Clooney was completely overlooked. The actor has already received critical acclaim and early Oscar buzz for his performance as a father who desperately tries to reconnect with his children after his wife is incapacitated.

So with Clooney out, what five actors earned a spot in the Best Male Lead category? Michael Shannon received a nod for Take Shelter, Woody Harrelson for Rampart, Jean Dujardin for The Artist, Demián Bichir for A Better Life and Ryan Gosling for his work in Drive. Whether or not Clooney deserved one of these slots is a matter of personal opinion. But what the Spirit Awards denied, the Oscars might reward. Stay tuned.

Here’s the complete list of nominees for the 2012 Independent Spirit Awards:

John Cassavetes Award for films made under $500,000

The 2012 Spirit Award winners will be announced Saturday, Feb. 25.