The mother of Conrad Murray is begging the courts for mercy, asking a judge to spare her son from prison time. 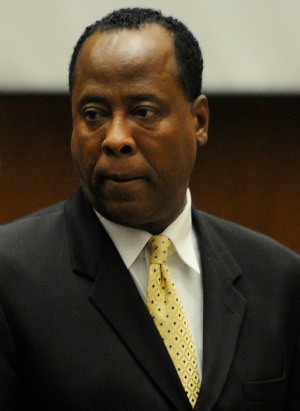 Conrad Murray was found guilty of manslaughter in the death of Michael Jackson, but at least one person is still fighting for his cause: His mommy.

Murray’s mother sent a letter to the judge begging for mercy in his sentencing, saying the doctor is in essence a good boy who has never been in trouble before and is grief-stricken over the death of his friend, Jackson.

Mrs. Milta Rush explained that Murray “never drank alcohol, took drugs or smoked cigarettes in his life,” and says, “He has never been in trouble with the law before and I am barely standing, scared and worried sick about him being incarcerated.”

“He is saddened and remorseful about the death of his friend Michael Jackson and I do believe he is certainly learning the toughest lesson of his life,” Rush wrote.

“I sympathize with Mrs. Jackson as a mother; I feel her pain for having lost her son. I sense she was very close to her son. I really wanted to approach her personally and tell her I am sorry for the loss of her son but I was unsure if she would be receptive and I did not want to take the chance of violating the court’s rules. I am sorry for her loss.”

“Judge Pastor, Conrad, is my son and as a mother I must say I know him inside out. He is sorry for what happened to Michael and had no intent towards him.”

“I humbly beg for your heart felt consideration of everything I have said about Conrad and ask for your compassion and leniency in giving him probation or community service.”

Will the mother’s plea work? We will find out shortly. Conrad Murray is being sentenced in the death of Michael Jackson today. He faces a maximum punishment of four years in prison.