Bethenny Frankel’s hopes of hosting a daytime talk show have been dashed. The former Real Housewives star proposed a gabfest produced by Ellen DeGeneres, but the deal died in development after a barrage of negative press surrounding the true value of the reality star’s lucrative company and her curious tale of being “stranded at sea.” 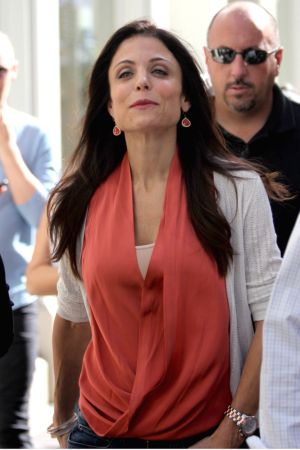 Plans to bring Frankel, an entrepreneur and Manhattan socialite, to the tube as the star of her own talk show — produced by Emmy winner Ellen DeGeneres — were axed last week. The waify, married mother-of-one amassed a small fortune after unloading her Skinnygirl cocktail and cookbook empire earlier this year and promptly turned her focus to testing out the talk show circuit. Bethenny’s talker, which had been tipped to give daytime newcomer Katie Couric a run for her microphone by Fall 2012, has been put on the chopping blocking after failing to secure the commitment of a major network.

In layman’s terms: No one wanted her. Could the debate over whether or not Bethenny concocted a tale about being “lost at sea” as a storyline for her Bravo reality show, Bethenny Ever After, have anything to do with the torpedoed talk show deal? Tinseltown informants sure think so.

Last month, Frankel, 41, came under fire and was accused of lying about being “stranded at sea” during a sailing trip with her husband and their therapist. The mini-scandal prompted Bravo to issue a statement defending one of their most popular on-air personalities:

“It is accurate that Bethenny, Jason [Hoppy] and their therapist were stranded at sea when the navigation on their boat broke during a taping for [the show],” the network told Us Weekly in October.

Frankel was further accused of dishonesty when questions arose about the value of her Skinnygirl brand. Forbes initially valued the company’s worth at approximately $100 million, while other reports suggested that its true net value was closer to $8 million. Frankel hit back at those reports, arguing that her venture was very lucrative — and that’s all that matters.

“My entire brand is based on that [honesty]. I felt like I had a responsibility to my fans to say something,” she said.

There’s buzz of Frankel possibly hosting a talk show for cable, but for now she’ll continue to reign in Bravo primetime, The Reporter noted. After bidding “au revoir” to the Housewives franchise in 2009, Bethenny has maintained a popular fan base with her spin-off show, which followed the diva’s adventures as a newlywed and first time mother.

Are you sorry to hear that Bethenny’s show is a no-go?