Guy Ritchie says his marriage to Madonna was like a soap opera, but the director claims he wouldn’t change a thing — because it gave him his kids. 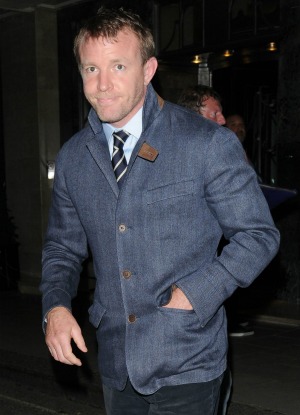 Can you imagine being married to Madonna? The Material Girl may be a bit high maintenance, but her ex-husband Guy Ritchie says he does not regret a minute of it.

“I enjoyed my first marriage. It’s definitely not something I regret,” Ritchie told Details magazine.

“The experience was ultimately very positive. I love the kids that came out of it, and I could see no other route to take. But you move on, don’t you?” he said, speaking of his sons Rocco and David, the latter whom he adopted with Madonna shortly before the couple split.

Not that everything was sunshine and roses, obviously. If it had been, the couple wouldn’t have divorced.

“I stepped into a soap opera, and I lived in it for quite a long time. I’ll probably be more eloquent on it ten years from now,” said the Sherlock Holmes director.

“When you end up with a lot of the things you set out to chase and find that you’ve stumbled into all sorts of hollow victories, then you become deeply philosophical.”

“I’m quite happy that experience was accelerated for me. I’m glad I made money, in other words. And I’m glad I got married.”

Ritchie made himself a pretty penny from his own movies, but he also landed quite a windfall in his divorce settlement.

Ritchie has indeed moved on. The 43-year-old and his girlfriend Jacqui Ainsley, 29, welcomed a baby boy in September.