It’s a wrap! Christian Bale is done playing Batman. The Oscar-winning actor recently completed filming on The Dark Knight Rises, and has announced his superhero retirement.

After eight years of crime-fighting, Christian Bale is hanging up his cape. The actor, who’s played the role of Bruce Wayne and his alter ego Batman since 2005, is retiring from his superhero duties. 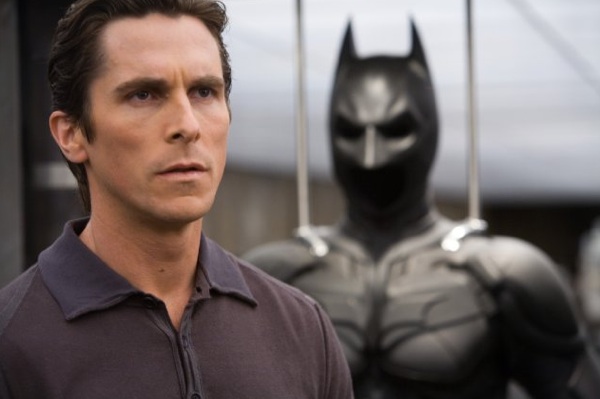 Next summer, director Christopher Nolan will release the final entry in his Batman trilogy called The Dark Knight Rises. It will feature new foes such as Bane (Tom Hardy) and Catwoman (Anne Hathaway) and old friends like Alfred Pennyworth (Michael Caine) and Jim Gordon (Gary Oldman).

According to the Philippines Daily Inquirer, Bale announced that the film marks the end of his Batman run. He said, “I wrapped a few days ago so that will be the last time I’m taking that cowl off. I believe that the whole production wrapped yesterday, so it’s all done. Everything’s finished. It’s me and Chris — that will be the end of that Batman era.”

After the overwhelmingly negative response to 1997’s Batman and Robin, the Caped Crusader was put on hiatus. The franchise had been ruined by too much camp and commercialization. But in 2005, Warner Bros. took a risk on indie director Christopher Nolan and a fairly unknown Bale, to bring Batman back to glory. They stripped the gimmicks and rebooted the series with Batman Begins. Their new vision was welcomed by critics and fans alike because of its realistic approach and dark delivery.

When it came to his portrayal of Batman, Bale explained, “We always maintained from the beginning that if you wanted to break it down, there are three personas — Batman is sincere, the private Bruce Wayne is sincere. The public version of Bruce Wayne, the playboy, is a completely fabricated performance.”

So how does Bale reflect on his time as America’s favorite antihero? He says the experience has been “enjoyable.”