Former Wham! singer George Michael is being treated for pneumonia and possible heart trouble in a Vienna hospital. 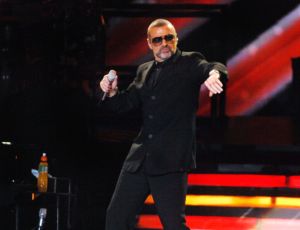 ’80s singing star George Michael is hospitalized in Vienna after being diagnosed with pneumonia and exhibiting symptoms of a possible heart ailment, SheKnows has learned.

Michael, 48, was set to appear in concert in the Austrian city on Monday, but canceled two hours before the show was due to start. According to insiders, the pop singer became seriously ill and had to be rushed to the emergency room after struggling with a sore throat for several hours that afternoon. At the time, the show’s promoters, Show Connection, said the “Last Christmas” star was suffering from an inflammation of the respiratory system and had axed his scheduled performance at the insistence of doctors.

Connie Filippello, Michael’s longtime publicist, has since confirmed that the singer’s been “diagnosed with pneumonia and he is currently receiving treatment.” Pneumonia could be only the start of George’s health woes, if tattling tipsters at London’s Daily Star are to be believed. He had reportedly been complaining to doctors at Vienna’s AKH Hospital about “a suspected chest infection as well as heart problems,” a witness in-the-know revealed to an Austrian TV station this week. Filippello has declined to comment on reports that George is having heart trouble.

Michael — who rose to fame as one-half of the 1980s pop duo Wham! — is a longtime smoker with a well-documented history of substance abuse. In the fall of 2010, he was sentenced to two months in a British jail for crashing his car into a storefront while driving under the influence of drugs. No one was injured, but the incident did prompt George to enter rehab. You know, for the umpteenth time.

Newly-single and fresh out of the pokey, Michael seemed ready to clean up his act in recent months. He’s performed about 45 shows as part of his “Symphonica — The Orchestral Tour,” which hit the road in August. He also performed a special charity gig at the Royal Opera House in London earlier this month. The event raised money for Sir Elton John’s AIDS Foundation.

Michael’s upcoming concert dates in Vienna, Strasbourg, France and Cardiff, Wales have been postponed. They are expected to be rescheduled at a later date.