In The Muppets, Jason Segel and Amy Adams go old school to find every Jim Henson creation you’ve ever loved and save a dying theater in the name of Kermit. 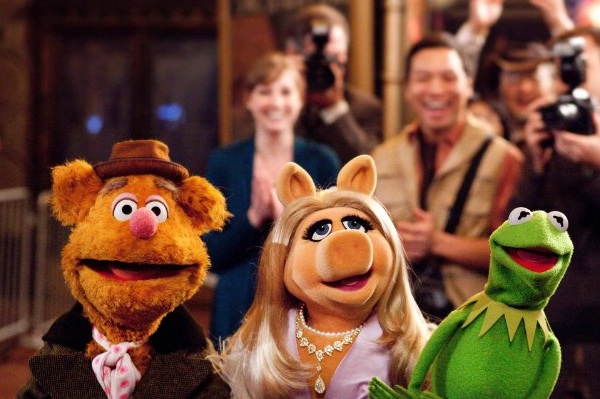 If you grew up in the ’70s and ’80s or ever watched an episode of Sesame Street, you know Kermit, Miss Piggy, Fozzie Bear and Gonzo — the most lovable puppet, er muppet, creations of all time!

Recently, however, it’s been kind of quiet when it comes to these furry little firecrackers. Where have they all gone? It’s been over a decade since we’ve seen them on the big screen.

That’s the premise of the new film, The Muppets, starring Jason Segel and Amy Adams as the couple who joins forces to help their friend Walter — a muppet living in the human world — find the famous group of vaudeville performers who have faded into the fringes of the entertainment world. 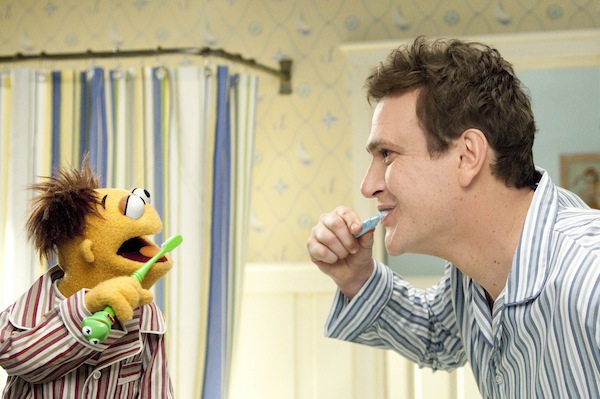 Jason Segel and Amy Adams share their love of the muppets >>

There’s only one reason this dysfunctional family of muppets can be reunited — to save their theater from being destroyed by a greedy oil tycoon Tex Richman (played by Chris Cooper). Can they make $10 million before midnight in order to save everything they’ve ever loved? Rashida Jones plays the studio executive who gives them one more chance.

True Muppet lovers will enjoy this nostalgic look at a group of friends who jump into action whenever they hear “it’s time to play the music…!” Bigger and better than ever, this film includes all your old favorites and a few new characters, too.

Tongue and cheek dialog mixed with a sense of self awareness about making movies gives this film the chutzpah we’ve all grown to love.

True Muppet fans will notice the original voices from The Muppet Show aren’t exactly the same. Jim Henson, who died in 1990, performed the original voice of Kermit the Frog. But now, Kermit’s voice is performed — and has been since Henson’s death — by puppeteer Steve Whitmire.

Although there is truly no replacement for the melancholic, yet surprisingly motivational voice of Kermit that won us over singing the 1979 hit The Rainbow Connection (which is performed briefly in this movie), Whitmire does an amazing job.

Henson’s long time creative partner Frank Oz, who originally voiced Miss Piggy and Fozzie Bear (and also Yoda for all those Star Wars fans out there), has been replaced in The Muppets by puppeteer Eric Jacobson. 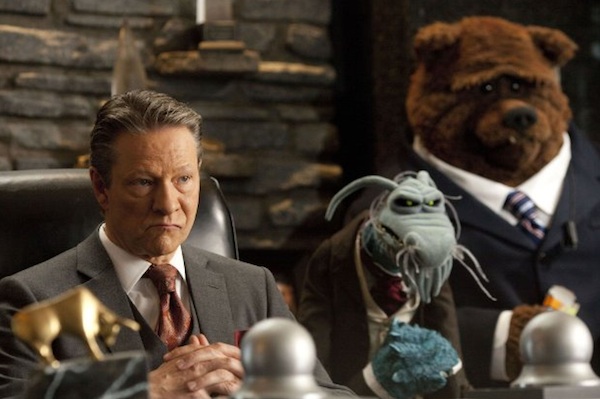 Voices aside, the lovable characters are back in all their glory, performing terrible acts to a dismal audience. Jason Segel joins the show with two comical numbers, winning hearts with his ability to keep up with these tough-but-engaging personalities. Amy Adams and Miss Piggy have a “me party” with a song about wanting more from their men, Segel and Kermit, respectively. Sing it, sistas!

But by far the best musical performance of the film is Chris Cooper’s rap song about being a villain. You’ve never seen an oil tycoon who can bring it with a dance routine until you see Cooper desk stomp and give us his maniacal laugh (yes!).

Bottom line: If you’ve missed old school Kermit, Fozzie and Piggy and you love musical numbers that make you laugh, this is one nostalgic trip down Muppet lane you don’t want to miss.