Angelina Jolie says she hasn’t totally abandoned her inner bad girl — she just saves it for someone special. Read what she told 60 Minutes. 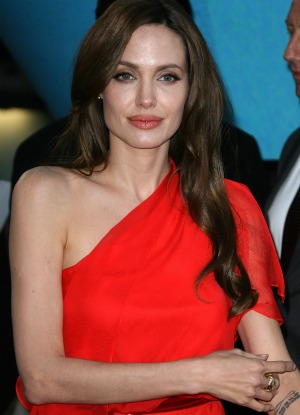 The Angelina Jolie we know today — perfectly turned out A-lister, mother, humanitarian — is a far cry from the Angie Jo of yesteryear, who wore vials of her ex’s blood around her neck, made out with her brother to celebrate her Oscar win and by her own admittance did a lot of drugs.

But Jolie says her inner bad girl has not gone away. Now, though, only one person gets to reap the benefits of her naughty ways: her partner Brad Pitt.

“I’m still a bad girl,” the actress told CBS News correspondent Bob Simon in an interview airing on 60 Minutes this Sunday. “I still have that side of me… it’s just in its place now… it belongs to Brad [Pitt], Or… our adventures.”

What exactly those adventures are is something probably best left to the imagination.

Jolie knows that all jokes aside, the wild lifestyle she led in her 20s could easily have killed her.

“I went through heavier, darker times and I survived them. I didn’t die young,” she said.

“So I am very lucky. There are other artists and people that didn’t survive certain things… people can imagine that I did the most dangerous, and I did the worst… for many reasons, I shouldn’t be here.”

“You just… too many times where you came close to too many dangerous things, too many chances taken too, too far,” she said.

Angelina Jolie’s directorial debut In the Land of Blood and Honey hits theaters on Dec. 23, 2011.