Another season down, another mirrorball trophy won. Read on to see how J.R. Martinez won season 13 of Dancing with the Stars.

Did anyone really think J.R. Martinez wouldn’t walk away with a brand new mirrorball trophy? Yeah, that’s what we thought. 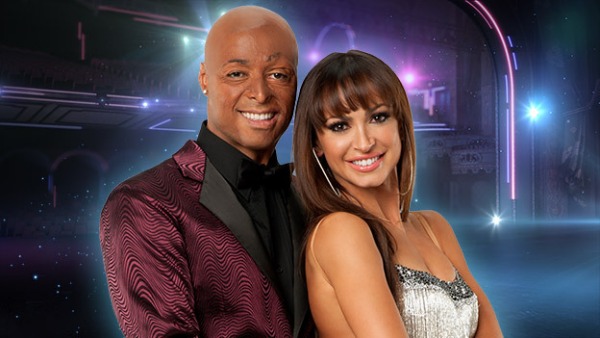 A new champion was crowned on Dancing with the Stars Tuesday night, and whether or not you were rooting for J.R. Martinez, you have to give the man props for taking the win.

Ricki Lake, J.R. Martinez and Rob Kardashian all made a good run for the title, but in the end J.R. Martinez delivered when it mattered.

Let’s take a look at how the results played out…

The evening got off to a good start with the contestants competing for more judges’ scores.

Ricki Lake and Derek Hough were up first with their favorite dance of the season — the Psycho tango! Len Goodman said he liked it the first time, but, “I loved it the second time.”

Up next were Rob Kardashian and Cheryl Burke with their fox trot they dedicated to his dad earlier in the season.

Len Goodman said he has the “best footwork” he’s seen. We’re not sure if he meant in this season or the whole show’s history.

J.R. Martinez and Karina Smirnoff hit the floor last with their insanely energetic jive from earlier in the season.

It looked just as fun this time as it did last time. Carrie Ann Inaba said, “You are such a catalyst for joy.”

Basically, those dances were placed from first to third and given a set of scores to add to their judges’ totals from Monday night.

Those scores left the leaderboard standings at: Ricki Lake (84), Rob Kardashian (83) and J.R Martinez with (82).

That’s where America’s votes made the difference. With such a small margin, this could have gone to anyone, really.

The third place contestant ended up being Ricki Lake.

That left Rob Kardashian and J.R. Martinez to fight for the title in one last instant samba to the death — yes, it was that dramatic.

They shook their bon-bons to Ricky Martin, with both of them adding 30 more points to their score.

In the end, however, it was America that was the deciding factor, and J.R. Martinez was voted the DWTS season 13 winner.

Do you agree that J.R. Martinez should be the winner of Dancing with the Stars?