Hulu Plus just got a lot more TV titles, so prepare your comfy couch for a marathon! 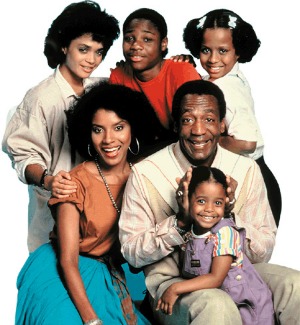 The Cosby Show, Grounded for Life and Whoopi, oh my! Hulu Plus is now your one-stop destination for an estimated 580 episodes of new TV programming.

That’s a lot of TV to watch, but something tells us the new titles will receive mixed reviews.

According to a report via Reuters, Hulu Plus has acquired “licensing rights” for 11 shows from Carsey-Werner TV Distribution that includes Grounded for Life, Men Behaving Badly, 3rd Rock From the Sun and, of course, The Cosby Show.

Seriously, Bill Cosby at the click of a mouse or whatever you use? Wonder what episodes we’ll get to watch.

Also included in the new Hulu Plus deal are That ’80s Show, The Tracy Morgan Show, Normal, Ohio, Whoopi, Damon, Game Over and Davis Rules.

We’re not sure if you’re interested in anything more than The Cosby Show, but it’s good to know you have options.

Recently, Hulu and the CW entered into a five-year deal that sees Ringer, Gossip Girl, 90210 and other content from the network on the subscription site, Hulu Plus, the day after they broadcast.

If you’re a free, ad-supported user of the site, you get the CW content eight days after it airs. That’s actually not bad.

According to the Reuters report, The CW and Hulu’s deal made it the only video subscription platform where a network show can be watched while it’s in the current season.

Hulu Plus has also cut its subscription price to $8.

Tell us what you think of the addition of the new titles to Hulu Plus. Would you be down with a little 3rd Rock From the Sun and The Cosby Show?

Head over to our comments section and sound off! We want to know!