Rocky Balboa is heading to the stage. Sylvester Stallone will produce a new musical based on his ’70s hit, Rocky. The production will include song and dance numbers mixed with good, old-fashioned boxing. 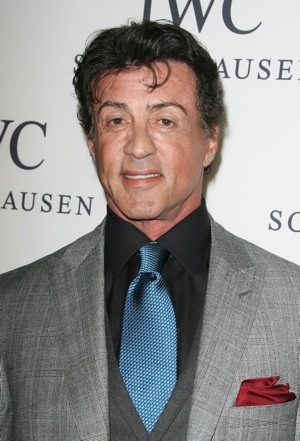 Sylvester Stallone is taking Rocky to the next level. Following in the footsteps of Ghost and Billy Elliot, get ready for Rocky: The Musical!

According to Broadway.com, Stallone announced his plans for a revamped Rocky at a recent press event in Hamburg, Germany. He told reporters that a musical is the “natural extension” of the film series. He said, “I’ve always seen it as a musical presentation: The tempo, the way the characters talk, their voices, what they said, was almost lyrical and poetic in some way. I can’t wait to be at the premiere and say, ‘I told you! I told you it had soul.’ Rocky is not just a sports film, it’s a story that can go on for generations and generations, about how everyone is entitled to a moment of dignity.”

Stallone’s very excited about the new project, which will debut in Germany before tackling the U.S. The production’s $15 million price tag will be split between Stallone, boxers Wladimir and Vitali Klitschko (who’ll also train the actor playing Rocky), Kevin King Templeton and Stage Entertainment.

In terms of the actual music, Stallone has tapped a few Broadway heavyweights. Rocky’s score will be composed by Stephen Flaherty and Lynn Ahrens (Ragtime), while Alex Timbers from Bloody Bloody Andrew Jackson will direct. The musical’s cast has yet to be announced.

The original Rocky was released in 1976 and is considered Stallone’s breakout film. It was directed by John G. Avildsen, from a screenplay written by the actor. In 1977, it was nominated for 10 Academy Awards and won three, including Best Picture.

Rocky: The Musical will make its Hamburg debut in November 2012.