No media platform is safe in the eyes of Katy Perry. The vocal powerhouse who once appeared on Saturday Night Live as a musical guest will serve as the show’s host. 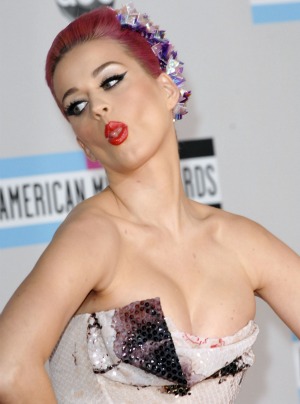 Katy Perry nabbed a special American Music Award Sunday night and is wrapping up her California Dreams tour, but she’s not done.

The girl who rules the music world is going to flex her comedy chops as host of Saturday Night Live.

The big news was also on the star’s official website along with another nugget of info about the SNL episode — she will not double as the musical guest.

According to the release on Katy Perry’s website, the musical guest will be Robyn.

Katy Perry was the show’s musical guest back in 2010, but this is a whole new ball game and fans can be unforgiving when it comes to hosts that flop.

Other musical acts that have tried their hand at hosting Saturday Night Live include Britney Spears, Queen Latifah and the highly-entertaining Justin Timberlake.

Justin Timberlake has become a staple in the SNL world, having been hugely successful at transitioning from musical guest to killer host.

Timberlake’s digital shorts with Andy Samberg have been nothing short of comedy at its best.

Katy Perry’s witty side came through in her “Last Friday Night (T.G.I.F)” video, so we just might be pleasantly surprised.

We’re keeping our fingers crossed she’ll hit the mark with a Samberg and Timberlake-quality digital short.

She might be fending off pregnancy rumors, but other than that, Katy Perry has a great marriage, superb career and is living the good life.

It can’t get any better for her, can it?

Head over to our comments section and tell us what you think about Katy Perry hosting Saturday Night Live.

Do you think she has the comedic skills to pull this off? What kind of sketches would you like to see her in?