Bruce Springsteen and the E Street Band will tour again in 2012, the rocker announced on his website. 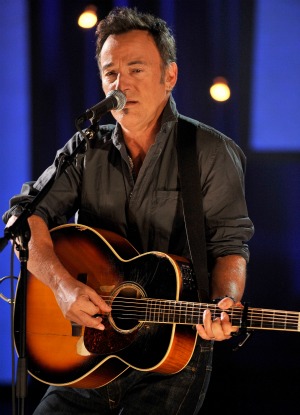 For the first time in three years, Bruce Springsteen and the E Street Band will hit the road for an international tour. The rocker announced the big plans for 2012 Sunday night on his website.

“A lot of you have been hearing that Bruce Springsteen and the E Street Band will be on tour in 2012. That is absolutely correct. The European dates run from the middle of May until end of July and are being announced this week. Info on the U.S. dates and the World tour dates will [be] coming up shortly.

“In addition, we want you to know that the music is almost done (but still untitled), we have almost settled on the release date (but not quite yet), and that we are all incredibly excited about everything that we’re planning for 2012. That’s all the info we have for right now, but we’ll get back to you — real soon.”

The tour marks the first time ever that the band will tour without their beloved sax player. Clarence Clemons died in June after suffering from a stroke. He played with Bruce Springsteen and the E Street Band since a legendary meeting in 1972 immortalized in the song “Tenth Avenue Freeze Out.”

Clemons once recalled, “One night we were playing in Asbury Park. I’d heard the Bruce Springsteen Band was nearby at a club called the Student Prince and on a break between sets I walked over there. On-stage, Bruce used to tell different versions of this story but I’m a Baptist, remember, so this is the truth.”

“A rainy, windy night it was, and when I opened the door the whole thing flew off its hinges and blew away down the street. The band were on-stage, but staring at me framed in the doorway. And maybe that did make Bruce a little nervous because I just said, ‘I want to play with your band,’ and he said, ‘Sure, you do anything you want.’ The first song we did was an early version of “Spirit in the Night.” Bruce and I looked at each other and didn’t say anything, we just knew. We knew we were the missing links in each other’s lives. He was what I’d been searching for. In one way he was just a scrawny little kid. But he was a visionary. He wanted to follow his dream. So from then on I was part of history.”

Four dates in England have already been announced. Tickets go on sale next month.