Mila Kunis made a soldier’s wish come true last weekend when she lived up to her promise to attend the Marine Ball. 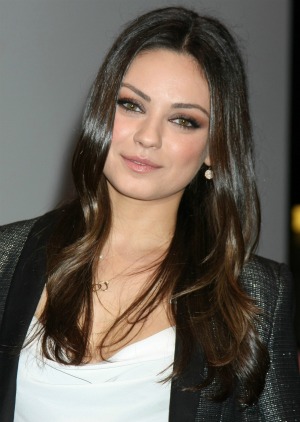 GQ‘s 2011 Knockout of the Year Mila Kunis lived up to her patriotic promise last weekend and attended a Marine Ball with a soldier who asked her out via YouTube.

Kunis donned an elegant and modest black gown for the occasion and spent the entire night chatting with Sgt. Scott Moore and his fellow Marines.

No Marine Ball for Scarlett Johansson >>

“She had a lot of questions about my uniform and what to expect as far as the ceremony,” Moore told The Early Show. “And I explained to her that this year was extremely important to us and memorable to us because of the seven Marines and sailors we lost during our deployment. It was very important to express that to her. … It was a lot to take in for her, I’m sure, but I hope I did a good job.”

Another Marine who chose to remain nameless told People that Kunis was “very nice and respectful.”

“She gets credit and a lot of respect for coming here, not being part of this world and following through on her word.”

“We had a rough deployment,” the Marine added. “We lost six Marines and a corpsman. Scott made sure everyone knew, he wasn’t at the ball for himself. He was there for the ones who could only be with us in spirit.”

Kunis followed in the footsteps of her Friends with Benefits costar — Justin Timberlake attended another Marine Ball earlier this month.