Showtime has renewed Dexter for two more seasons which will carry the show out through 2013. 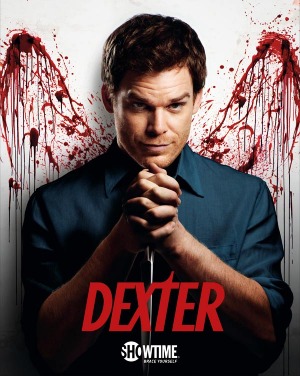 The renewal of Showtime series Dexter is proof that a star and a network can always work it out — no matter what the cost.

Recently, Dexter’s future was up in the air as Showtime and Michael C. Hall seemed to be at an impasse where the star’s pay was concerned.

Fans of the killer drama can breathe a sigh of relief, however, as the show will see life through 2013 — pun totally intended.

According to a report from Deadline, Michael C. Hall wanted a cool sum of $24 million for two more seasons, but the cable network was only willing to ante up $20 million.

So, what did the two parties settle at?

Well, we can’t tell you the exact details of the agreement, but with the show being granted two more seasons (7th and 8th), we’re pretty sure Michael C. Hall is a happy, well-to-do, Emmy-winning man.

After all, what is the show without the man behind the gore? Dexter and Michael C. Hall are like peanut butter and jelly — it’s tough to even imagine one without the other.

In fact, Dexter’s sixth season, which is still airing new episodes, pulled in the show’s highest ratings yet.

David Nevins added of the show, “The series is bigger than it’s ever been in its sixth season, both in terms of audience and its impact on the cultural landscape.”

According to the report from Deadline, the new seasons will have 12 episodes each, with season seven beginning next year.

Was there ever any doubt this salary stalemate would be resolved?

Head over to our comments and sound off — what do you think of two more seasons of Dexter?