Chris Brown’s Twitter account became the scene of his latest public breakdown when the Fame singer lashed out at his haters yesterday. Read what he wrote before he deleted nearly everything! 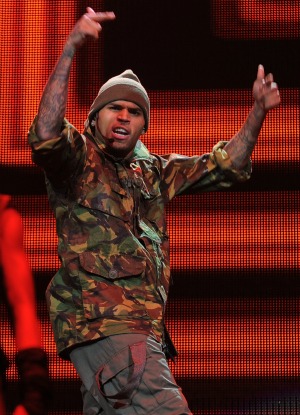 Chris Brown is throwing tantrums again. The Fame singer totally freaked out on Twitter yesterday because he was feeling a little sensitive.

Apparently some detractors were giving him a hard time over his upcoming American Music Awards performance and the fact that he beat up Rihanna. Brown caved in to the trolls and gave them exactly what they wanted: A good old-fashioned temper tantrum.

“Don’t say s**t to anybody and everyone feels its cool to attack me. GROWN ADULTS!!!! That s**t happened three years ago,” Brown tweeted. “TWITTER GETS WACK REAL FAST! I LOVE ALL THE POEPLE WHO SUPPORT MY MUSIC! i never said i was a LEGEND. people please grow up.”

“Ive never dealt with so much negativity in my life! its to the point now that its just ridiculous! IM NOT A POLITICIAN! MY MUSIC DOESNT PROMOTE VIOLENCE nor will it ever! only thing it will increase is the pregnacy rate!”

He added, “I know a lot of you wack ass (OLD) celebrities probably wanna f**k my ex, but talking s**t on me wont get you far! and to be REALLY HONEST, ya’ll wonder why n***a spazzes all the time?”

Brown later deleted nearly his entire Twitter timeline, leaving only one message from several days ago reading, “Live LIFE!” as well as a couple of retweets about how great he is.

Is Chris Brown making things worse for himself by throwing fits on a regular basis, or does he have a point? Sound off in our comments section below!