Kelly Osbourne is backtracking on some nasty comments she made about her ex and his fling with a transgender model. Read her mea culpa — and the words that got her into hot water in the first place. 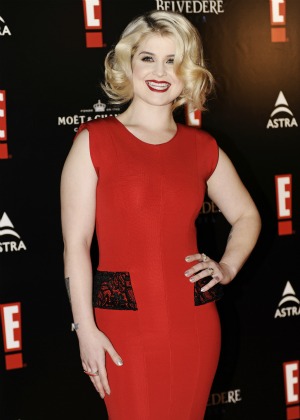 Kelly Osbourne is begging for forgiveness from the LGBT community today after her comments regarding her ex and his fling with a transgender model got her in hot water.

Osbourne went off on her ex-fiancé Luke Worrall for cheating on her with transgender model Elle Schneider — and she was pretty harsh about it.

“Having to tell them (my parents) my fiancé had cheated on me with a tranny who sold his/her story to the press (was the most uncomfortable moment). It was so humiliating,” Osbourne told Glamour UK.

“Everyone kept telling me that Luke was cheating on me, but I never believed them. It’s hard enough to get your head around someone cheating on you, but when someone is a chick with a d**k? Up until then, I’d always thought that the worst way to get cheated on would be with an ugly girl. Don’t you think?”

her words threw the LGBT community into an uproar and now Osbourne is trying to make amends in an attempt to win back a big part of her fan base.

“The word ‘tranny’ is a derogatory and hurtful word. I was completely ignorant to this and soon came to realize most of my peers and LGBT friends are too. This is a word I will no longer use or allow,” Osbourne wrote.

“Transgender people are some of the bravest people on Earth and among the LGBT community,” she wrote on her blog. “I cannot imagine the courage it takes to live your life openly and honestly, reflecting who you truly are, or the hurt that comes from having to hide who you are because others may not support and accept you.”

“My sincerest apologies to any ally or member of the LGBT community whom I have hurt or offended.”

At least one person seems to have accepted her apology.

“With this post Kelly has proven she is a responsible ally to the transgender community,” Marti Abernathey, Editor of Transadvocate, told GLAAD. “She made a mistake that was borne of ignorance, not malice.”

“She’s turned a mistake into a teachable moment. That is what an ally does. Thank you Kelly!”