Jay-Z and Beyonce are expecting their first child together — but the king of hip hop says his own childhood leaves him thinking deeply about his own parenting skills.

Beyonce’s pregnancy is total media fodder — but for Jay-Z it is much more personal, of course. The king of hip hop had a troubled childhood himself and his expected new addition is making him think deeply on how he wants to do things differently for his own kid. 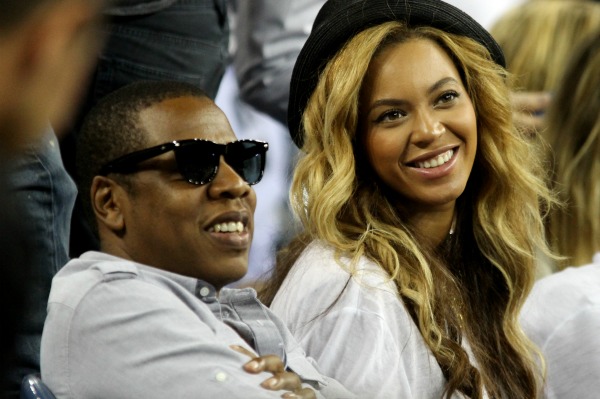 Jay-Z, who was abandoned by his dad, says that sad situation leaves him worried about the state of his own union and how to keep it together.

“It makes me a little paranoid because no matter what, I don’t think any person, or any male, goes into a relationship thinking that they’re going to leave or wouldn’t be there,” he told People at the GQ Men of the Year party.

“I think the circumstances a lot of times dictates things, right?”

There is one thing he does know for sure, though: He would never run out on his child like his own dad did.

“I come from a real place where you had to be a highly principled person,” he continues, “so, I’m pretty confident that I’ll figure it out.”

He has a little more time to do that — Beyonce revealed last month that their bundle of joy, thought to be a girl, is due in February.

read on for more beyonce & jay-z

Kelly Rowland spills: It’s a girl for Beyonce and Jay-Z!

Was Gwyneth Paltrow privy to Beyonce and Jay-Z’s pregnancy news?

29 mins ago
by Summer Cartwright