Selena Gomez’s stalker is back in custody, just days after being released from jail for stalking her. You won’t believe what he told reporters. 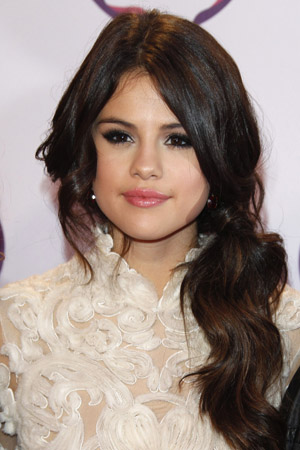 Being rich and famous might sound like fun — who wouldn’t want to be rich and get free designer clothes? However, there’s a dark side to fame and Selena Gomez is the latest one to suffer. Gomez’s persistent stalker, Thomas Brodnicki, was put into a California psychiatric center on Thursday — just days after being released from jail for pursuing her.

Brodnicki was nabbed by cops after TMZ caught him babbling about Justin Bieber’s girlfriend on the streets of Los Angeles.

“Selena Gomez and I, perhaps unbeknownst to her at her tender age, are the holy chosen ones of God,” he told cameras. “I’m not overly concerned if I meet [Selena] in the flesh because it may be like scripture says, ‘No man has seen the face of God.’ Maybe us being together is too much like seeing the face of God.”

However, he did reveal a scary plan to get close to Gomez.

“My favorite scenarios and God doesn’t reveal everything to me, is she flies out here [Los Angeles] on March 23, 2016 and we start seeing each other, but we don’t touch each other for a month.”

Yikes. We hope he stays in custody so he can get the help he needs — and so Gomez stays safe.

The past few weeks haven’t been easy for the Disney superstar — the paternity suit against boyfriend Bieber has taken its toll.

“I have been, yeah. It’s not easy,” she hinted to Ellen DeGeneres during an appearance on her show. “Everything’s all good now. You knew that all along but it’s nice to have everything out in the open now.”