Chaz Bono may have become the poster child for transgender people everywhere, but he can count one other celebrity kid out of his fan club: Warren Beatty’s transgender son. 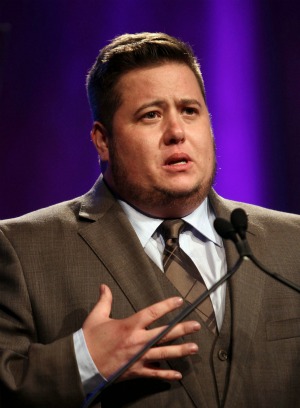 Think Chaz Bono is the only transgender kid in Hollywood? Think again. Cher’s kid shares his journey with the child of another big star — but that doesn’t mean they are BFFs.

Warren Beatty and Annette Bening’s son Stephen Ira — born a girl named Kathlyn — says Bono is a misogynist and that when he speaks on transgender issues, he speaks only for himself.

Ira took his concerns to his blog, where he wrote, “Chaz has appointed himself as the representative of a group of people who are not all like him. He has said misogynistic and prescriptivist things about gender. I take particular issue with his comments on trans embodiment and on women.”

He went on to cite various examples including Bono’s comments about his original gender being a birth defect, breasts, the female sex drive and that women talk too much — which you can read in the lengthy blog post — and says that Bono’s allegedly obvious hatred of women means he is alienating a big chunk of the transgender community.

“Chaz is a misogynist. He is a trans man who seems to believe that his female-assignedness and his female socialization makes him immune from being a misogynist, and he is manifestly wrong.”

“Chaz is ignoring the needs and lives of many people who belong to the very group he purports to represent and to fight for,” Ira wrote.

“This man doesn’t represent our community. He especially does not represent those of us who are non-binary, non-op, women or feminist men. Chaz needs to do some hard thinking about what it means to appoint oneself representative of a whole group without considering the desires of all the group’s members.”

Chaz Bono is “totally pissed” at Dancing with the Stars judges >>

Ira stated in a follow-up blog post that he is not trying to start a war with Bono but a conversation in their community. “I’m not ‘infuriated,’ or trying to start something, or any of that,” he wrote. “Don’t put that on me. I am just a guy who tries to point out f*cked up things in an effort to make the world better!”

Chaz Bono so far has not commented on the rant.

If not for the fickleness of Hollywood romance, Chaz and Stephen could have been sisters-turned-brothers: Bono’s mother Cher dated Ira’s father Beatty back in the day.