MTV is preparing to honor the late Ryan Dunn with a one-hour special set to air on Nov. 28. 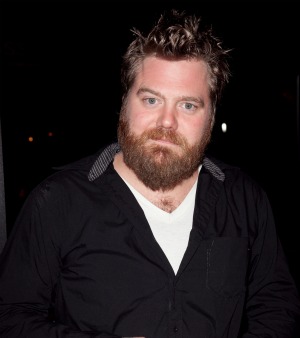 Ryan Dunn tragically lost his life in a car crash, but MTV isn’t letting the memory of their fallen comrade die.

Johnny Knoxville, who is an executive producer on the special and Dunn’s friend, said in a statement, “It’s a surreal thing to undertake, doing a tribute to our brother Ryan’s life.”

Dunn’s friend continued, “I still can’t believe he’s gone, but we wouldn’t trust anyone else with this, so we are doing the best we can for Ryan, his family, friends and everyone who loved him.”

President of Viacom’s Music Group, Van Toffler, added of the tribute, “Weaving together footage of Ryan for this special reminds us all of what a special friend he was to so many,”

Toffler added, “He is sorely missed by his MTV family and fans, but his mischievous, caring spirit lives on.”

MTV will also air a new episode of Ridiculousness that night. The episode features Ryan Dunn and is one of his final television appearances.

Ryan Dunn and his passenger Zachary Hartwell were both killed in June after the car Dunn was driving crashed.

It was later determined by police that his blood-alcohol level was more than twice the legal limit.

We want to hear from you. Will you be tuning in to see the one-hour special dedicated to the life of Ryan Dunn?

What about Ridiculousness? Will you be checking that out?

Head over to our comments section and sound off about Ryan Dunn. We want to hear from you!