Disney Pixar takes us back in time with their latest animated film Brave. The movie centers on a stubborn princess who defies convention to follow her dreams. But what starts off as a simple declaration of independence ends with dire consequences.

Related story Emma Thompson Has a Unique Way of Looking at Body-Acceptance: ‘You Don’t Have To Love' Your Body 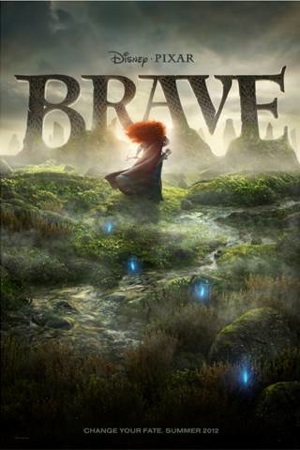 Brave centers on Merida, a courageous young woman who defies tradition and plays by her own rules. As the daughter of King Fergus (Billy Connolly) and Queen Elinor (Thompson) she’s expected to get married and follow in her mother’s footsteps. Unfortunately, Merida has other plans that don’t mesh with her family’s.

When Merida decides to tempt fate and pave her own path, chaos is unleashed on her kingdom. Her problems are then compounded when she asks an old witch for help. Merida sets out on a journey to undo the damage and break a beastly curse that could haunt her forever.

Could Brave be the next girl power movie to hit theaters? Like its Disney-made predecessor Tangled (loosely based on Rapunzel), it has qualities of a fairy tale with hints of comedy and action. The protagonist isn’t a damsel in distress and doesn’t immediately fall in love with a handsome prince, which is a welcomed change.

Pixar has a lot riding on Brave’s success. Their last film to hit theaters was Cars 2, which was considered their first critical failure. The film earned a mere 38% on Rotten Tomatoes, putting an end to their acclaimed winning-streak. Brave is the studio’s shot at redemption.

With the exception of Emma Thompson and Julie Walters, the primary cast of Brave consists of Scotland natives. The film is directed by Mark Andrews and Brenda Chapman, who previously worked on Ratatouille, The Incredibles and The Lion King.

Watch the new trailer for Brave below: