The wife Ruben Studdard met at a Wal-Mart CD signing in Atlanta will soon be his ex, after just three years of marriage. 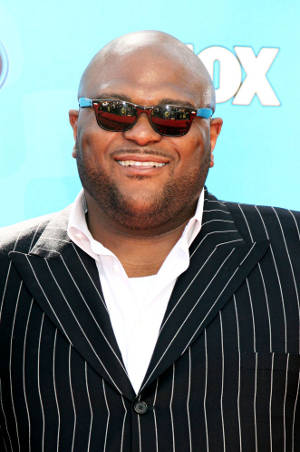 Wanted: Someone who can patch the heart of the Velvet Teddy Bear. Ruben Studdard, the husky fella with bedroom-y singing voice from American Idol, has filed for divorce from his wife of three years, Surata Zuri McCants.

The couple has filed in Alabama, Studdard’s home state, citing “irreconcilable differences,” according to TMZ. A request for comment sent by SheKnows to Studdard’s rep was not returned.

Studdard and McCants met each other at a 2006 CD signing at a Wal-Mart in Atlanta. According to Studdard, McCants wasn’t a fan at first.

Their June 2008 wedding took place in Birmingham with Studdard accompanied by 20 groomsmen.

“Her best friend was one of my biggest fans,” said Studdard to World Entertainment News Network. “My wife was a flight attendant at the time. (Her friend called) crying because she couldn’t get off of work to get her CD signed.”

“So my wife said that she would come and do it and she came through the line and told me the story about her friend and how much she loved me and I looked up and was just like, ‘Yo, what about you?'”

Studdard won over Clay Aiken to take the American Idol title in its second season in May, 2003. Since then, he’s released several albums and has acted, too.

Studdard is expected to release a new album, Letter from Birmingham, early next year and the work will include a collaboration with the late Heavy D. There’s a Ruben Studdard Celebration Weekend this weekend in Birmingham that includes a pasta dinner, a casino night and a half marathon. The theme of the event is to bring “health, wellness, fitness and fun to Birmingham,” according to Studdard’s website.