Rebecca Black is looking for her “Person of Interest” and she finds him in an arcade. 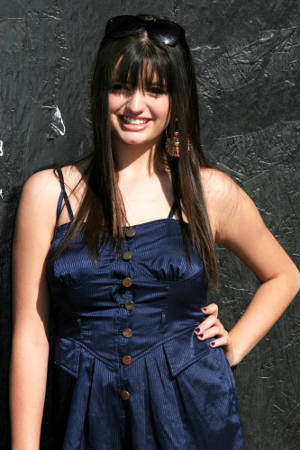 For those calling for the arrest — or worse — of tween singer Rebecca Black for the crime of releasing over-cloyingly pop songs, she’s now officially a “Person of Interest.”

Black, whose YouTube hit “Friday” was a national sensation earlier this year, takes us to an arcade in the video for “Person of Interest,” which was released on Wednesday. Over a light funk guitar-and-keyboards riff, a young guy with a Bieber haircut starts eyeing her, and the attraction seems mutual.

Lyrically, it’s not quite as inane as “Friday,” but it’s certainly in the ballpark.

Alas, we can’t have the couple come together in the first verse. Black, her friends and the boy play ski-ball, take part in go-kart racing, take pictures in a photo booth, buckle up for an amusement ride and rock a park concert.

Then things get deep.

There is a mystery here. All this fun is interspersed with clips of a rather frantic Black talking to a police officer. Is the boy missing? Where did he go? The cop produces a cartoon sketch of Black and the boy together, and that scene cuts to Black and the boy walking arm in arm past the officer — a happy ending.

Isn’t that what it’s all about? Enjoy the video below, the song is available on iTunes.