Judi Dench says she only regrets one thing in life: Not having more kids. 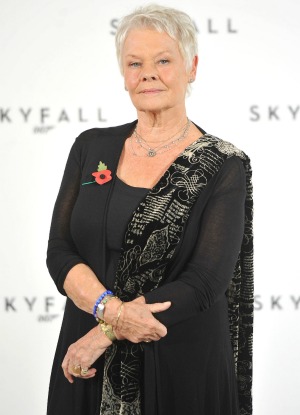 Dame Judi Dench has enjoyed a highly successful acting career, winning pretty much every award out there and gaining recognition by none less than Queen Elizabeth herself — but the actress does have one career-related regret.

“I wish we’d had lots more children,” the My Week with Marilyn actress, who was 37 years old when she gave birth to her only child Finty, told Yours magazine. “That’s the only regret I have. But I was older and it didn’t happen.”

“We tried to adopt a child and they didn’t like it because we were over 40 — and Michael was a Catholic and I was a Quaker. It obviously wasn’t to be.”

Dench also revealed she almost gave up her career after her daughter was born.

“I’d had a daughter and having a family I wanted to be at home,” she said.

Of course, like many working moms, Dench got by with a lot of help from her family — in fact, she and her husband shared a home with her mother and his parents for 12 years!

“It was like a proper Quaker community, certainly for bringing up a child, but also the whole idea of looking after your parents. Everyone had their own room but there didn’t seem any point to me in getting a place where we didn’t share a living area,” she said.

“Of course, that sometimes created quite a lot of tension. I wouldn’t say for a second that it was always easy and I was in tears quite often. On one occasion I even threw a cup of tea at Michael and his mother — fortunately, I missed!”

These days, Dench is back to channeling all her energy into her career. Look for her in the next James Bond flick, Skyfall.