This year’s AMA nominee queen Adele talks post-surgery recovery and the ex who inspired her album, 21. It’s good news for fans all over the world, on both counts.

Adele‘s doctors already gave her a strong post-surgery prognosis and now the U.K. songtsress is confirming she’s on the mend and happily chilling out as her vocal cords recover. True, she’s also still pining for the ex who inspired her powerful album 21, but hopefully that will just inspire another moving album down the road. 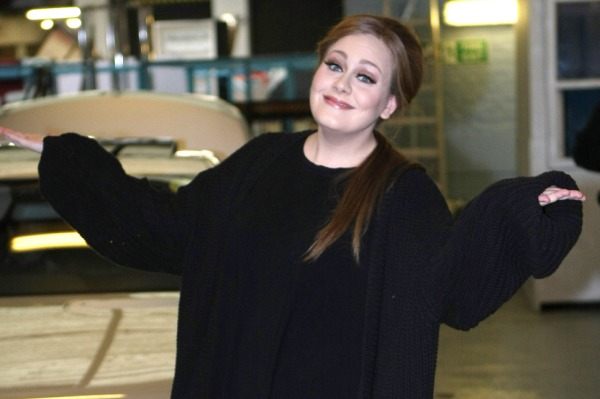 “I’m doing really well, on the mend, super happy, relaxed and very positive with it all,” the 23-year-old wrote on her blog on Nov. 14. “The operation was a success and I’m just chilling out now until I get the all clear from my doctors.”

After Adele had laser microsurgery surgery to repair her hemorrhaged vocal cords, Boston’s Massachusetts General Hospital gave her a prognosis of full recovery, but she’s not there yet. While her pipes are on the mend, Adele can’t record or perform, but she’s managing to keep busy without her voice.

“I best get back to practicing my mime show now,” she quipped in the blog post.

This Sunday’s AMA nominee queen also thanked fans for their support in both her illness and the awards show booty she’s received for her album.

While Adele is “super happy” these days, she also revealed she’s still not over the ex who inspired her album, 21. Emotional tracks like “Rolling in the Deep” and “Someone Like You” are a testament to the deep love and heartbreak that she still feels at times. 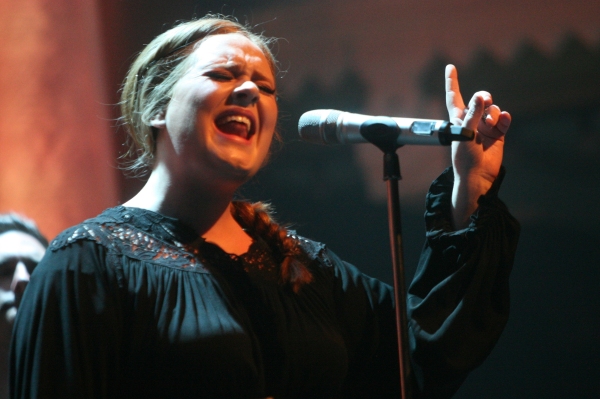 “It’s bittersweet because I wouldn’t give up this success for anything, but at the same time, I’d do anything to be with him. I miss him. I do,” she told The Sun. “It’s hard singing all these songs because it makes me remember how brilliant we were when we were good… and how tragic it was when we were bad.”

While SheKnows and Adele fans can empathize with her pain, even Adele can admit that boy trouble for her means great music for us.

“God, if I find happiness, what will I write about!?” she joked in the interview.

Adele’s throat trouble means no new music on the horizon yet. It has also meant the cancellation and postponement of countless U.S. and U.K. tour dates this year. Since so many fans missed out, Adele is sharing her performance at London’s Royal Albert Hall, via a CD /DVD (or Blu-ray) combo pack. Here’s a trailer for the release, which shows both the audience and Adele tearing up — and yes, that’s exactly what happens at an Adele show.

t
Adele: Live At The Royal Albert Hall will be available on Monday, Nov. 28 and features her full 90-minute performance, plus behind-the-scenes footage shot throughout that day. The package also contains an exclusive live CD of the entire show, including her own hits and covers of Bonnie Raitt’s “I Can’t Make You Love Me” and The SteelDrivers’ “If It Hadn’t Been For Love.”