Connie Britton has taken the plunge into motherhood. The Emmy-nominated actress has adopted a baby boy into her expanding family. 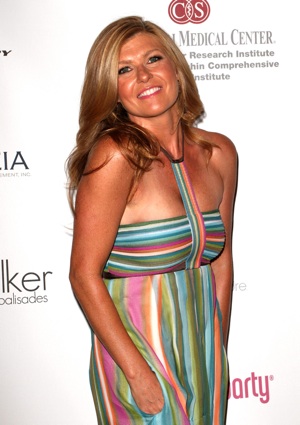 Connie Britton has tapped into her maternal side. The actress, who’s played more than her fair share of TV moms, has welcomed her own bundle of joy. The 44-year-old recently completed the adoption of a 9-month-old boy from Ethiopia.

Britton confirmed to People that she’s expanded her family with her new son, Yoby (a nickname for Eyob). The adoption process took three long years, but it was well worth the wait. About a week ago, Britton returned from Africa with Yoby in tow.

The actress exclaimed, “I am thanking my lucky stars every day.” She went on to describe the moment when she held her son for the very first time. “It was such a wonderful moment of completion,” she said. “I thought I was going to collapse into a puddle of tears. I was just grinning from ear to ear.”

Britton is the latest of many Hollywood stars opening their hearts and homes to adoption. She joins the ranks of Sandra Bullock and her son Louis, Mariska Hargitay and her two children Amaya and Andrew, as well as Viola Davis’ new son, Genesis. Out of the all the roles Britton’s played, the part of “mother” has been the most anticipated and rewarding.

On the professional side, Britton currently stars in the hit FX series American Horror Story, where she plays the mother of a rebellious teen. Prior to that, she appeared on the NBC drama Friday Night Lights as the proud mother of two.

You can catch Britton on FX’s American Horror Story every Wednesday at 10 p.m. ET/PT.