Just once, we’d like to run our fingers through Matthew Morrison’s mop of curly hair and tell him we want detention. Our schoolgirl fantasies aside, Morrison has been a constant supportive presence as a sexy Spanish teacher on Glee, now in its fourth season. Anyone who keeps New Directions crooning is more than fine with us! 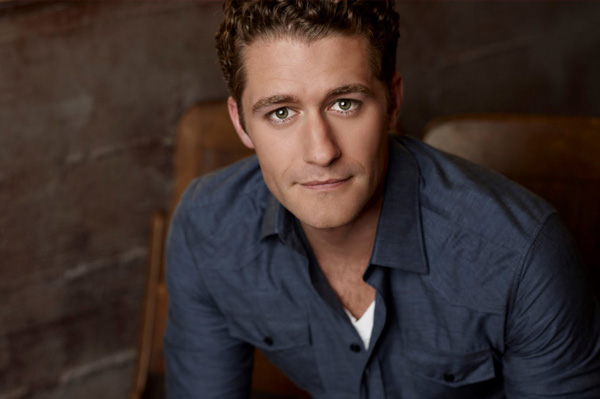 His pretty-boy face and curly locks are what make Morrison so delicious (that, and he’s on one of our favorite shows). Another plus: He’s not known for talking too much about himself in interviews, which is a big turn-on for us. We love strong and silent types!

He has golden pipes 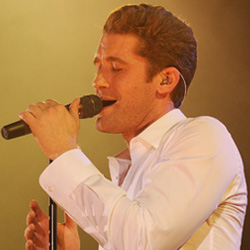 We love it when Morrison — as Spanish teacher Will Schuester — sings on Glee! And the public wanted more, more, more of Morrison: His self-titled debut album was released in May 2011. Before it was unleashed, he fretted about the project:

“It’s kind of a risk to come out with an album right now,” he told Details.”I can’t release something that is s***. Most of the songs I wrote are personal.”

He shouldn’t have been worried! Billboard reviewed the album like so:

“For his first effort, Morrison recruited the iconic Elton John and Sting for standout duets, and his sometime-Glee love interest Gwyneth Paltrow for a reprise of “Over the Rainbow.” In other words, if, like Emma Pillsbury on Glee, you’re wild about Will Schuester’s romancing and impeccably placed locks, this album was made for you.”

Which means it was made for us! 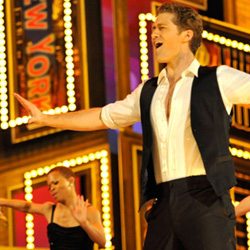 As far as Morrison’s starring roles in major stage productions go, where shall we start? He’s killed it in productions including Footloose, The Rocky Horror Show and A Light in the Piazza. He was nominated for a Tony for that one in 2005, and he dished to Playbill.com about how he got the part.

“I didn’t want to audition for [the role] for the longest time because I didn’t think I could do it because the music was so difficult — plus the accent,” he says. “They kept asking me to come in [and audition], and I kept saying no because I wanted to be in L.A. and do stuff out there. Then I thought, ‘What the hell?’ I went in, and it was just that thing [where] they kind of knew and I kind of knew. It was just kind of magic at the audition.”

He finally hit it big playing Link Larkin alongside Harvey Fierstein in the Broadway production of the John Waters movie Hairspray. The rest, as they say, is history, with Morrison skyrocketing to stardom on Glee in 2009 for the masses to enjoy (and enjoy we do!).

He’s been in our favorite girly guilty pleasures

Oh, to be Carrie Bradshaw! Morrison was in a 1999 episode of Sex and the City — the same episode that (get this) Bradley Cooper was in! Morrison plays “Young Busboy,” and Cooper plays the smoker who discovers Carrie’s “Single and Fabulous?” magazine cover. Up next for Morrison: Joining an all-star cast (including hottie Chace Crawford and Cameron Diaz) in What to Expect When You’re Expecting, in theaters in 2012.

And here’s some good dirt about Morrison’s early career: He was briefly in the boy band LMNT (yes, sounds like “element”) in the early 2000s, sporting floppy, strawberry-blond hair — although he now pronounces the band’s name as “lament,” as he regrets that portion of his career so much. Aw, nothing to be ashamed of, Matt! There’s a little piece of boy-band love in all of us.

Morrison says people have been speculating on his sexuality since he was young, due to his penchant for singing and dancing. But he definitely likes girls! He became engaged to soap star Chrishelle Stause in 2006, but she broke it off in 2007. In 2007, he was seen smooching actress Olivia Munn at a New York Rangers hockey game, but guess what, ladies? He’s now flying solo!

“‘People say women must throw themselves at me. No,” he told the Daily Mail this past September. “People are intimidated, or I don’t get out enough because I’m not getting thrown at. I work so much I’m never in the position where I can really get to know anyone.” Maybe we can change his tune!

In 2003, Matthew Morrison appeared in the movie Marci X as a member of the boy band “Boys R Us”. He’s in the pink pants.