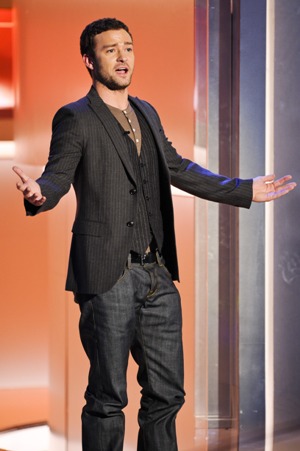 In an interview with Jimmy Fallon for GQ magazine, Justin Timberlake suggests that Ryan Gosling‘s struggling actor image might not be all it’s cracked up to be and that the actor spins a bit of a yarn to appear more bohemian.

When Fallon asked Timberlake about a rumor that Gosling slept on his couch during their Mickey Mouse Club days, the singer responded, “So he tried to make it seem like he was bohemian even back then?”

Fallon then said, “Definitely, man. He said he was struggling and you helped him out,” before Timberlake attempted to throw Gosling under the bus and confirm the truth behind his real story.

He said, “Ryan’s mom had to stay back in Canada and my mom was his guardian for a year so he could come down and be on the show. But Gosling got his own bed. He didn’t sleep on the couch. He said that?”

Fallon then quipped, “All I got is this one pair of Underoos, man! I got nothing, man!”

Well, it looks like the former boy-bander is envious of his old friend’s street cred. Gosling has been nominated for an Academy Award and is critically praised in pretty much everything he does, unlike Timberlake, who receives tepid reviews but is still desperately trying to pretend he’s a serious actor even though he hasn’t been in a movie that was a hit.

Besides, it’s a pretty low move to call someone else out in the media like that. It looks like Gosling just threw Timberlake’s “friends forever” necklace in the gutter. Bromance off.