Britney Spears could be engaged by the end of the year, according to a new report. 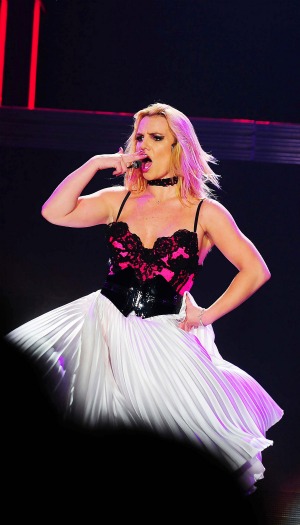 Could Britney Spears be hearing wedding bells in 2012? If her boyfriend Jason Trawick has anything to do with it, the answer could very well be yes.

“Britney and Jason discuss marriage all the time. Britney is truly in love with Jason, and, well, Jason has loved her for a very, very long time,” a Spears family insider tells Radar Online.

“Jason adores her two sons, Sean Preston and Jayden James. Jason is planning on taking Britney on a secluded getaway once the tour wraps, and it’s very likely he will pop the question at that time,” the source added.

In January 2004, Spears married childhood friend Jason Alexander in Las Vegas and had the marriage annulled 55 hours later. Britney said “I do” a second time, when she married backup dancer Kevin Federline, in September of that same year. Spears and Federline went on to have two sons, Jayden James and Sean Preston, before divorcing in 2006.

It was only a few months ago when Trawick was spotted checking out jeweler Pascal Mouawad’s high-end collection of diamond rings. Soon after, Spears was spotted wearing a sparkler on her ring finger before the start of her world tour. Reps for both Trawick and Spears denied that the two are engaged.

The pop icon has been dating Trawick for several years and he is accompanying her on her Femme Fatale world tour, which wraps up next month in Puerto Rico. It is also reported that Spears’ court-ordered conservatorship by her father Jamie Spears might end should she become engaged.