Brad Pitt says he is not putting an exact deadline on his retirement. 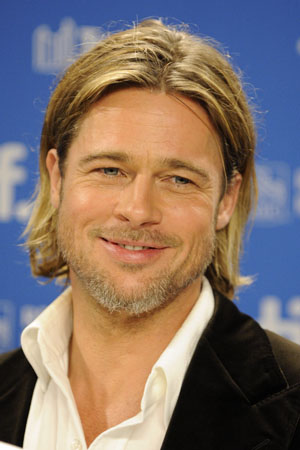 Just like Brad Pitt didn’t mean life with Jennifer Aniston wasn’t interesting, he apparently didn’t mean he would be retiring in three years when he told Australian 60 Minutes exactly that.

The actor set off a furor earlier this week by declaring he was planning on retiring from acting by age 50. Pitt is now backing off of those claims, saying he has no concrete plans to retire.

“I wasn’t putting an exact deadline on my expiration date (as an actor) but I just see it coming and I do have an interest in the producing side,” the actor said during the Korean stopover for the promotional tour of Moneyball, as quoted by The Hollywood Reporter.

“I’m interested in a mixed bunch about complex stories that might have difficulty getting made in the current system or getting behind the talent they might be needing,” Pitt added.

Those comments came after he made headlines by telling the Australian 60 Minutes that he felt he had three more years in him. When journalist Tara Brown asked him what he plans on doing three years from now, he responded with: “Hell if I know. Hell if I know. I am really enjoying the producing side and development of stories and putting those pieces together. And getting stories to the plate that might have had a tougher time otherwise, so… You know, I have gotten away with a few things in writing and I have been pissed off about a few things. How’s that?”

So, does this mean Pitt owes the public an apology, too? That, or he needs to sharpen his interviewing skills a little before he backtracks on yet another statement.