Bonnie’s relationship with Jeremy went up in flames by midseason’s end, but The Vampire Diaries won’t let her sulk for long — she’s getting a new man! 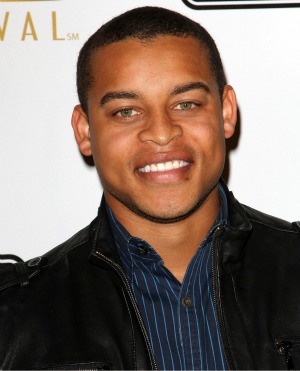 Who’s going to be Bonnie’s (Kat Graham) new love interest on The Vampire Diaries when the show returns from hiatus Jan. 5?

Bonnie and Jeremy’s relationship was seemingly over after he kissed his ex ghost girlfriend and failed to immediately send her back to the “other side.”

With breaking news that The Vampire Diaries has cast a new man that catches her eye, fans can assume the door is closed on Jeremy and Bonnie’s romance.

According to a report from E!, Veronica Mars alum, Robert Ri’chard, will take on the role of Jamie and rumor has it that he’s a bit of a bad boy!

We all love a bad boy on this show!

This could turn into a recurring role, but right now he’s slated to make his debut when the show returns in January — episode 12 to be exact.

So, how will these two meet? The report says Bonnie and Jamie will cross paths when the witch heads on a road trip with Elena.

Episode 12 also marks another debut. EW first reported Girlfriends’ Persia White would be making an appearance as Bonnie’s mom, and it just so happens to be the same episode Jamie shows up in.

Interesting timing if you ask us!

When The Vampire Diaries left fans during the midseason finale, Klaus was still alive, Stefan had snatched his coffins and Damon and Elena were ready to give up on the younger Salvatore.

When TVD returns Jan. 5, what do you hope to see — a vengeful Stefan or Delena or perhaps a new love interest for Klaus?

It is The Vampire Diaries — anything can happen!

Head over to our comments section and sound off! You know you want to!