The writing is on the wall. NBC has halted production on the Maria Bello drama Prime Suspect. The low-rated series will wrap its final episode this month, leaving its uncertain future in limbo.

One day after announcing their midseason schedule, NBC has shut down production on Prime Suspect. The procedural drama starring Maria Bello, will cease filming at the end of this month. 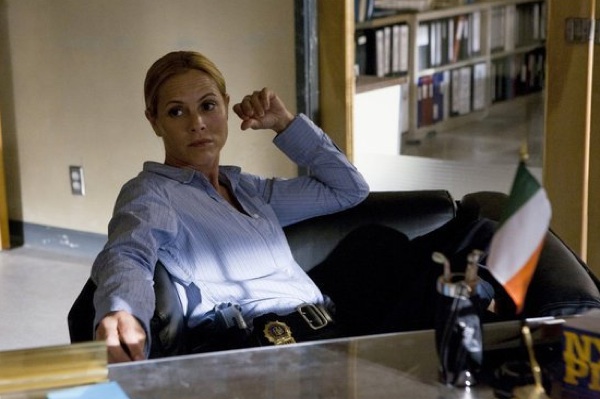 Earlier this season, NBC put in an order for more Prime Suspect scripts bringing their tally to 13 episodes. Many saw this as a sign that the show might stay on longer than its freshmen counterparts The Playboy Club and Free Agents (both were canceled). But despite its stellar cast and crew, the show never caught on with viewers.

Prime Suspect takes its premise and title from the 1991 U.K. drama that starred Helen Mirren as a female detective struggling in a male-dominated workplace. According to Variety, NBC’s Prime Suspect only pulled an average of 5.8 million viewers each week. In an attempt to gain a larger audience, the network consistently ran repeat episodes but to no avail. The numbers didn’t grow and they were stuck with a serious decision to make.

Surprisingly, even though production on Prime Suspect has halted, the show hasn’t been canceled. All signs are pointing to the network pulling the plug but they haven’t made an official announcement.