Stars take to Twitter to express outrage over the clearing of protestors from Zuccotti Park. 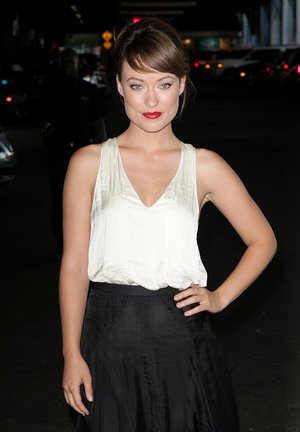 New York City police kicked the Occupy Wall Street protesters out of Zuccotti Park early Tuesday morning and the celeb world is not happy about it.

“Furious with (New York City Mayor) Bloomberg, but he should know that tear gas and batons only fuel outrage and passion for protecting civil liberties. #ows,” tweeted actress Olivia Wilde.

“Darth Vader thought it was a good idea to strike down Obi-Wan. Look how well that worked out for him. Stay safe NYC, we are watching. #OWS,” tweeted director Eli Roth.

The park was cleared with little notice as “the occupation was coming to pose a health and fire safety hazard to the protestors and to the surrounding community,” said Bloomberg, according to the Associated Press. More than 200 protestors were arrested in and around the park during the action.

“New York City allowed a film production to block parts of the 59th St bridge to shoot a film. But OWS has been broomed out of Zucotti bc Bloomberg said they are inhibiting ‘first responders.'” Baldwin added.

Actor Mark Ruffalo also took aim at Bloomberg, with a pointed reference to what multiple tweets say was the city’s shielding of the event from the media.

Late Tuesday afternoon, a New York State Supreme Court judge ruled that the city was within its rights in clearing the area and barring tents from the park. The city opened the park back up after dark.

The Occupy Wall Street movement began about two months ago and has spread to cities around the world. The protesters have called for less influence by the wealthy in the political process.