Dakota Fanning’s latest Marc Jacob’s ads are drawing fire for being too provocative, but the first set she did years earlier are worse — and even the actress herself agrees.

Dakota Fanning’s Marc Jacobs perfume ad has been banned in Great Britain, but the actress herself is way more creeped out by a series she did for the designer’s clothing line when she was just 12 years old. 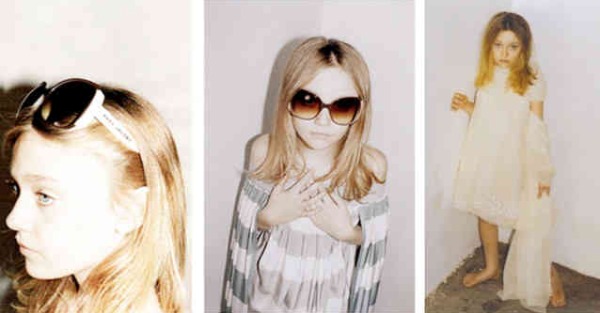 Now Dakota Fanning herself says it was pretty creepy.

“I was 12,” Fanning told W magazine. “I was always into fashion because my mom has always been interested in fashion. She majored in fashion merchandising in college, and it’s always been something we have in common. When I did that first campaign for Marc Jacobs, I really wasn’t old enough to wear the clothes. He made all the clothes from the runway in my size. I still have them.”

“They were too adult,” Fanning admits. Still, she says she appreciated the chance to wear something other than her school uniform.

“…my school, Campbell Hall, had uniforms,” she told W magazine. “But on Fridays we could wear anything we wanted. There would always be at least one Friday where you’d forget and show up in uniform. It would be so embarrassing. I did that once and actually made my dad drive me back home to change.”

Fanning’s latest ad for Marc Jacobs’ perfume line has come under fire because it is “offensive and irresponsible as it portrayed the young model in a sexualized manner,” according to the Advertising Standards Authority in the UK, where the ad was banned. Fanning was 17 at the time it was shot.

Fanning is keeping herself busy with multiple films, including next year’s The Twilight Saga: Breaking Dawn Part 2.