Twilight Saga: Breaking Dawn — Part 1 stunner Nikki Reed reveals in the new issue of Seventeen magazine that she won’t be keeping in touch with all of her co-stars. Is she talking about Kristen Stewart?

Twilight Saga: Breaking Dawn — Part 1 stunner Nikki Reed reveals in the new issue of Seventeen magazine that she won’t be keeping in touch with all of her co-stars. 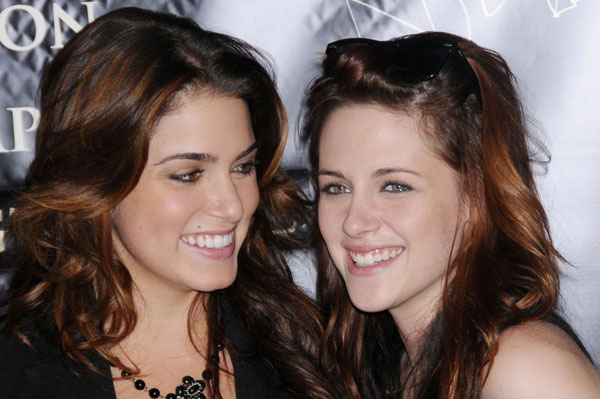 “In the beginning, it was innocent and fun, and we were like one big happy family — it was like being at sleepaway camp. And then success comes along and changes the dynamic. We’re not all best friends and we’re not all going to hang out together after the final movie is done,” Reed told the magazine in the December/January issue.

The cryptic quote made us wonder about what happened — she used to be BFFs with co-star Kristen Stewart and talked about their relationship openly.

“If it weren’t for Kristen, this would have been a lot more overwhelming. But Kristen and I are best friends and so to have her along, not along… I mean I’m supporting her in this. I don’t, [you] know, mean have her along, you know what I mean? To be a part of it together…” Reed told About.com after the first Twilight movie was released.

Now all she’ll say about the girl who plays Bella Swan is that “she makes really good desserts.”

What came between them? A boy, of course. Rumors circulated that Robert Pattinson first dated Reed before moving on to Stewart.

“They are together for sure because it really caused waves between Rob, Kristen and Nikki Reed,” a source told Fox News after the release of New Moon in 2009. It turns out that Reed was really in love with Pattinson, so it hurt her to see the on- and off-screen duo together.

“After the first Twilight wrapped, when Rob and Nikki were together and no one was a megastar yet, you could still see the sparks between Kristen and Rob even though they were each in their respective relationships… they always had this really intense, magnetic chemistry. So Nikki was the one to get hurt,” the source added.

Reed even pulled out of K-11 — a movie she was set to co-star in with Stewart.

Of course, the woman who plays Rosalie Cullen is now married to former American Idol finalist Paul McDonald — and they’re literally making beautiful music together. But will she ever bury the hatchet with Stewart?

We’re not holding our breath.

Do you think Nikki Reed was referring to Kristen Stewart in her Seventeen interview?