Breaking Dawn‘s Nikki Reed says life on set used to be like summer camp, but things have changed. What happened that made the cast no longer feel like “one big happy family?” 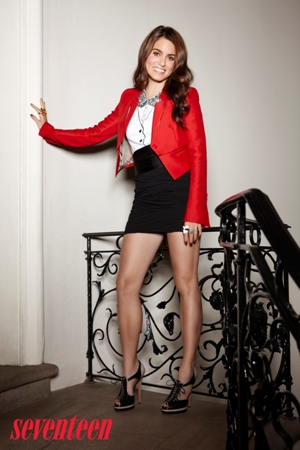 Breaking Dawn and the phenomenal success of the Twilight series has thrust a handful of young actors into the limelight. However, Nikki Reed says the fame has done more than launch their careers — it’s taken their friendships away.

Of life on the set of the Twilight series Nikki Reed told Seventeen magazine in the December/January issue, “In the beginning, it was innocent and fun, and we were like one big happy family — it was like being at sleepaway camp. And then success comes along and changes the dynamic. We’re not all best friends, and we’re not all going to hang out together after the final movie is done.”

Yet there are a few things about each of her Breaking Dawn cast mates Nikki Reed is going to miss. In a video accompanying her Seventeen magazine shoot, the actress had this to say about the young star who plays Bella Swan: “What will I miss about Kristen [Stewart]? She makes really good desserts.”

Of Robert Pattinson she shared, “He tells very elaborate stories and it’s fun to pick them apart and see what’s true and what’s not because he’s a very good story teller.”

Nikki Reed, who you can see playing Rosalie when Breaking Dawn hits theaters Nov. 18, doesn’t feel the party girl image she picked up thanks to her role in 2003’s Thirteen was fairly earned. The 23-year-old explained, “I got typecast as a party girl when Thirteen first came out. The funny thing was, I was a virgin, I didn’t do drugs and I barely drank.”

No worries now, though. To throngs of fans, Nikki Reed will always be known as Breaking Dawn‘s Rosalie!