The Breaking Dawn premiere this Friday will have Twihards flocking to theaters for their Bella and Edward fix. Despite the horde of Team Edward fans, this beloved couple has far too many issues to live happily ever after outside the movies and books. Below are the top five reasons why Edward and Bella would never work out. 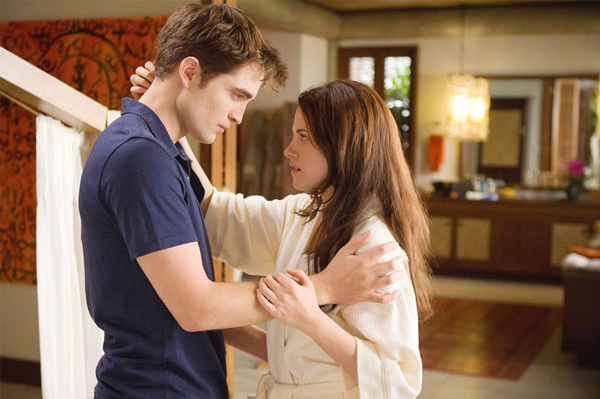 Age: Not just a number

Edward might be trapped in the body of a 17-year-old teenager, but he has lived the life of a 100-year-old vampire. Edward is a worldly man who’s lived through hard times, while Bella had the typical teenage upbringing (until moving to Forks). Over time, their love won’t be able to endure these drastic lifestyle differences.

Sharing the same values as your significant other is important in any relationship. Edward is an old-fashioned gentleman who believes in courting and saving yourself for marriage. Bella is a modern girl who believes in sex before marriage. They may have worked past that issue, but Edward’s old-fashioned beliefs will likely be cause for future conflict – especially when it comes to their parenting style.

Yes, we understand Bella and Edward are ridiculously in love and want to spend every waking moment together. However, they appear to be a little too codependent on each other. For starters, it’s more than just a little creepy when Edward breaks into Bella’s room and watches her sleep (stage five clinger, anyone?). Second, Bella seems just a little too willing to risk everything for him and doesn’t think twice about trading her human life in for an eternity with Edward – hey, that’s a big commitment!

Bella’s relationship with Jacob doesn’t turn into anything romantic, but we still can’t forget their flirtatious banter, let alone the kiss Bella planted on him in Eclipse. While her love for Jacob is different than her feelings for Edward, we’ll always wonder what tension and feelings will linger between the two.

He’s a vampire! He may be a vegetarian, but it’s hard to forget about the drug-like effect Bella’s blood has on him. His deep, nearly uncontrollable desire to drink her blood upon meeting is slightly disturbing, too. Thus far, he’s been able to keep his vampire urges at bay, but you can never be too careful.