Noel Gallagher is notorious for being free with his opinions, but if he were to give life advice to the rest of us, what would it be? To live with a little bit of rock and roll attitude but never lose appreciation for common courtesy. 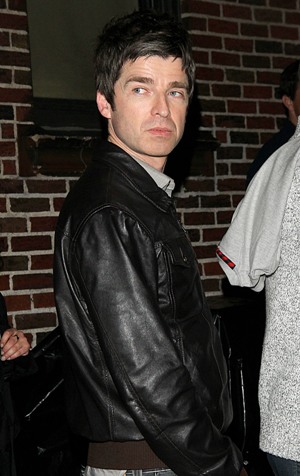 Ready or not, Noel Gallagher‘s life advice is coming at you. The rocker recently sat down for an interview with MTV and shared what he knows about how to get along in the world.

Here follows a pocket-sized peek at “The Noel Gallagher Life Management Plan” as created by MTV News after sitting down with the newlywed to discuss his solo album, High Flying Birds.

Be comfortable with your greatness

“If you come from where I come from, doing what I do now, I’m living the dream. I’ve got no complaints on any of the scores. The only problems are internal problems, problems with you as a person. What’s problematic about playing stadiums and driving around in private jets and drinking champagne at 8 o’clock in the morning? What’s wrong with that? I haven’t got a problem with that. I can’t fathom why people would.”

“I’ve spent weeks on songs in the studio and they’ve been absolute rubbish. And I’ve spent 15 to 20 minutes recording a song and it’s been hailed as a classic… You’ve just got to trust your instincts and realize that you can’t please all the people all the time.”

Be punctual, but never too punctual

On what to expect from his 2012 High Flying Birds Tour, Noel Gallagher says, “All I have is the music. If the music is what you want, come along! Buy a T-shirt and a badge. But if you’re coming to see anything, it’s not the gig for you. Go and see someone else. I know I’m not selling it very well, but those are the facts.”

State your opinions freely and willingly

“I know drugs are illegal, but it would be handy to take some mushrooms and listen to [my next album]. No question. Drugs are bad, by the way, and they are illegal; I’m just pointing that out. These are not the views of MTV or MTV News. These are not even my views. This is just a fact: Some music is meant to be listened to on drugs.”

Make outrageous demands because you deserve them

“That’s a 24-piece female string section [on the album]. I insisted on it. Girls play different from boys, you see. They sound sexier. It’s an amazing thing. Now, a brass section would have to be all guys, because they blow harder. I would insist on a female string section, because strings are supposed to be sexy.“

Always remember who your true friends are, but be unafraid to cut them lose for seemingly innocuous reasons

“I don’t need a million friends. I’ve got six friends and I’m f****** trying to get rid of one of those. I’ve got one too many, because I can’t count them all on one hand. That f****r’s got to go, because I don’t like his missus. She’s an idiot and all. He’s not aware of it, but he will be when he doesn’t receive a Christmas card.”

What do you think of Noel Gallagher’s life advice?