NBC released its new 2012 mid-season schedule, adding four new series to its primetime lineup, while putting Joel McHale’s Community and Maria Bello’s Prime Suspects in detention. Smash, The Firm, Fashion Star and Are You There, Chelsea? join returning faves The Voice, 30 Rock, The Celebrity Apprentice and Who Do You Think You Are? on the schedule (see below). 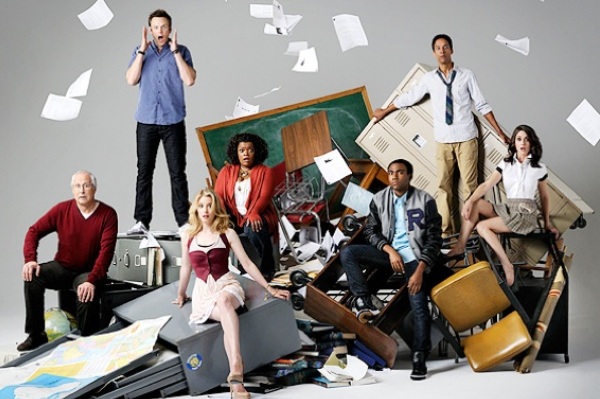 Word is, neither Community nor Prime Suspect has actually been given the axe, but the future is looking grim for Prime Suspect. NBC’s not giving up on its Thursdays, however. Up All Night moves to the coveted night spot, starting Jan. 12 — the same night 30 Rock takes over Community‘s timeslot. John Grisham’s The Firm will replace Prime Suspect in its timeslot.

Are You There, Chelsea?

Based on Chelsea Handler‘s bestseller Are You There, Vodka? It’s Me Chelsea, NBC’s upcoming sitcom Are You There, Chelsea? follows the exploits of twenty-something bartender Chelsea (Laura Prepon), a strong-willed force who may or may not one day become the comedienne/talk show host we all know and love.

After a behind the scenes reshuffling, which included a name tightening, cast changes and moving the characters from Los Angeles to New Jersey, Are You There, Chelsea? is set to premiere Jan. 11. Handler will show up on occasion as her namesake’s big sister.

This musical drama celebrates the beauty and heartbreak of Broadway, introducing America to dreamers and schemers who all have one common desire — to be a “Smash.” Songwriting duo Tom (Christian Borle) and Julia (Debra Messing) kick off the drama when they decide to write a Broadway musical about Marilyn Monroe, even though Julia is just getting into the adoption process with her hubby (Brian d’Arcy James).

Best-selling author John Grisham brought The Firm from the page to the big screen. Now, he’s rebooting the legal thriller for the small screen. The upcoming TV series picks up ten years after a young Mitch McDeere infamously brought down his firm, which was a front for the mob. He and his family are finally liberated from their stint in Witness Protection, only to learn they’re not out of danger yet. Josh Lucas, Juliette Lewis, Molly Parker, Callum Keith Rennie and Natasha Calis star.

In the clip above, Grisham himself tells you what to expect when The Firm hits NBC for its 2-hour series premiere on Sunday, Jan. 8. The Firm will then fall directly into its regular timeslot on Thursdays.

Lights, camera, fashion! Fashion Star host and executive producer Elle Macpherson and celebrity mentors Jessica Simpson, Nicole Richie and John Varvatos are looking for the next big brand in fashion, and 14 unknown designers will battle for the title — not to mention the chance to launch their collections in three of America’s largest retailers — Macy’s, H&M and Saks Fifth Avenue. 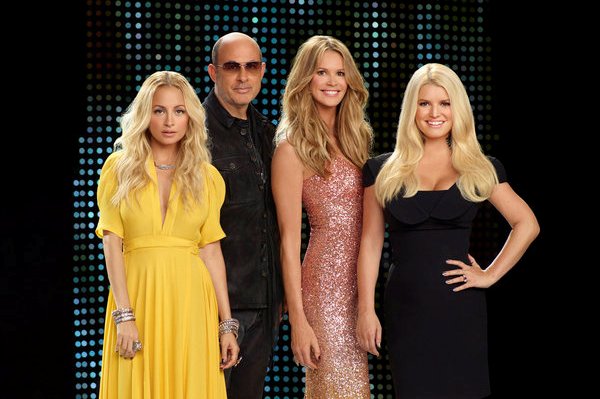 Each week will begin with a wild fashion show, replete with musical performances, dancers and models doing their things in front of a studio audience. Then, it’s on to the challenges, which push the designers to further develop and expand their individual brands.

While the winner will receive $6 million in orders for their capsule collections from the three stores, Fashion Star judges Caprice Willard (Macy’s), Terron E. Schaefer (Saks Fifth Avenue) and Nicole Christie (H&M) will also vie for the right to purchase and exclusively carry the work the contestants turn out each week.