It looks like Jennifer Lopez has moved on from her marriage to singer and actor Marc Anthony to a backup dancer (and no, it’s not Cris Judd). JLo’s now dating a much younger backup dancer. 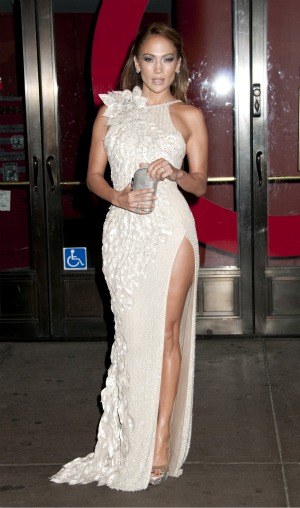 Jennifer Lopez is Hollywood’s new cougar on the block. A source has confirmed to The Insider that her latest fling is with Casper Smart — her much younger backup dancer.

According to The Insider, on a recent trip to New York City, photographers spotted the two together, on more than one occasion, exiting her hotel mere moments apart.

The source adds that it was during this trip that they first hooked up, despite grumbles and disapproving looks from a few of Lopez’s other backup dancers.

Smart, who is reported to be in his mid-twenties, has danced alongside Beyonce and Jordin Sparks as well as on Glee and in Step Up 3D, has been part of Lopez’s team of dancers since earlier this year.

People reports that the affair is nothing serious and “just a fun fling,” but the media of course is speculating that it might be more.

This is not the first time Lopez has been attracted to someone who has moves like Jagger. The “On The Floor” singer, 42 , famously married one of her back up dancers, Cris Judd, before becoming engaged to Ben Affleck and then tying the knot with her now ex-husband Anthony. Could history be repeating itself for this mother-of-two?

Recently, the singer broke down during a performance and began sobbing on stage, an incident many thought was because of her recent marital troubles and subsequent split. However, Lopez later told press the emotional outburst was not over Anthony, but because she missed her kids.