The boys are back! Rock and Roll’s Prince of Darkness Ozzy Osbourne and his group Black Sabbath are together again. After years apart, the original line-up is reuniting for a new album and tour.

Black Sabbath has reunited and it feels so good! In 2012, the legendary rock band will release a new album and embark on an extensive promotional tour. This will be the first time that the group has recorded a studio album with original frontman Ozzy Osbourne in 33 years. 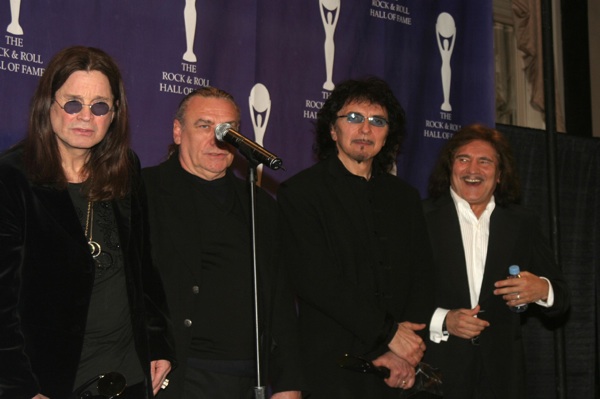 On Nov. 11, Black Sabbath announced their long-awaited reunion during a massive press conference at Los Angeles’ Whisky A-Go-Go. The group originally formed in 1968 with the line-up of Tony Iommi, Bill Ward, Geezer Butler and Ozzy Osbourne. They played together for a decade before Osbourne left the group and began his solo career in 1979.

During the ’80s and ’90s, Osbourne experienced his fair share of success with hits like “Crazy Train,” “Shot in the Dark” and “Mama, I’m Coming Home.” Between 1997 and 2006, the singer rejoined Black Sabbath and participated in several tours but those reunions never produced a new album. The majority of their shows featured classics from early albums as well as some of Osbourne’s solo work.

Guitarist Tony Iommi told Billboard that earlier this year he met up with Osbourne, Geezer, Butler and Ward at Osbourne’s home for an impromptu jam session. They decided to play some music “for a bit of fun.” They wanted to see if they still had it. Iommi described it as a “Let’s have a go and see what happens” scenario.

Black Sabbath will work with acclaimed producer Rick Rubin on their new album, which is scheduled (tentatively) for Fall 2012. Prior to that, the band will hit the stage June 8-10 to headline the Download Festival at Donington Park in Leicestershire, England.