Zoe Saldana has split from her longtime fiancé Keith Britton, confirms the actress’s rep in a statement. 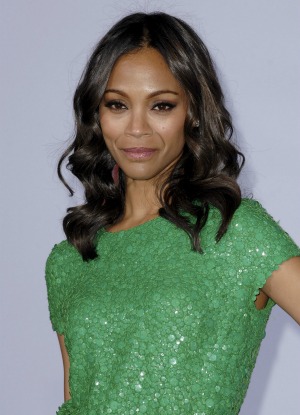 Avatar actress Zoe Saldana is on her own again after splitting from her longtime fiancé Keith Britton.

They “have amicably separated after 11 years,” said Saldana’s rep in a statement.

After becoming engaged in 2010, the two still had not set a wedding date by this summer.

“I don’t think that far ahead,” Saldana told Latina Magazine in August. “Listen, I know I’m lucky… I’m not an easy cookie to deal with. But I think the only reason we’ve made it this long is because we don’t listen to anybody but ourselves.”

“We’ve still managed to sustain a relationship in a world where half of the people we know are divorcing or going through problems. It’s like that song we both love by Frank Sinatra — we did it our way.”

Natalie Portman and Zoe Saldana “Lend a Hand” for charity >>

Saldana has not directly commented on the split but seems to hint at what she really wants from a relationship in a recent Twitter post.

“‘You, yourself, as much as anybody in the entire universe, deserve your love and affection.’ – Buddha,” she wrote.

Look for Saldana in the upcoming flick The Words with Olivia Wilde and Bradley Cooper, set for a 2012 release.