Chelsea Clinton, daughter of Secretary of State Hillary Clinton and former President Bill Clinton, is going to be “making a difference” in her new job at NBC. 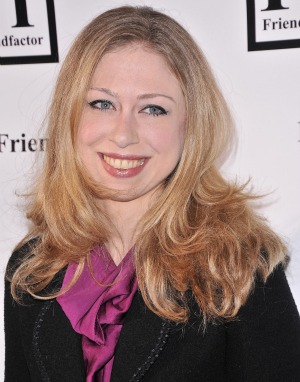 Chelsea Clinton is taking on the news — NBC Nightly News that is.

NBC announced on Monday that 31-year-old Chelsea Clinton, the daughter of Bill Clinton and Hillary Rodham Clinton, was hired to work with the network.

Clinton, who has been working as a business consultant, will work on various projects for the Peacock Network that includes segments for NBC Nightly News and the new news magazine vehicle from Brian Williams, Rock Center with Brian Williams.

Chelsea Clinton is going to be bringing positive and uplifting stories to the masses via projects in the “Making a Difference” series. She’ll provide pieces that revolve around not only individuals, but companies as well.

Chelsea Clinton will be in good company as a former president’s daughter working for NBC.

Chelsea Clinton isn’t big on seeking the spotlight. She normally flies under the radar, unless you count her big wedding to investment banker Marc Mezvinsky in Rhinebeck, New York on July 31, 2010.

What do make of Chelsea Clinton’s new job as a correspondent for NBC and the “Making a Difference” series? Do you think her former business background, nonprofit work and years of watching her parents deal with the public will make her the perfect person to bring human interest stories to viewers?

Head over to our comments section and sound off — we want to hear from you!

read on for more Nbc news

Is Howard Stern heading to America’s Got Talent?

Jimmy Fallon schools us with rap