Michelle Williams gives a breathtaking performance as America’s most celebrated icon of sex, love and beauty in My Week with Marilyn. 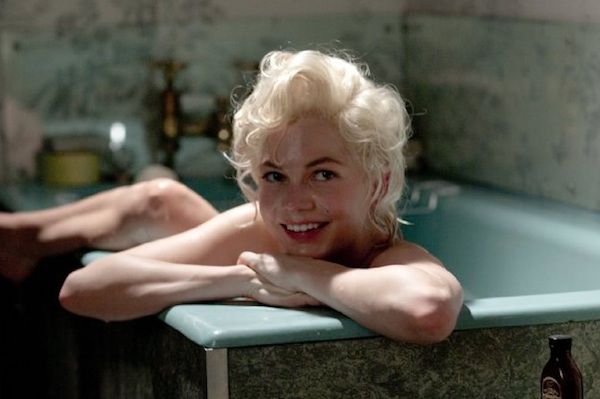 When I first heard about this film, I was skeptical. I mean, who could be Marilyn except Marilyn. Wasn’t that what was so special about her? There was no one else like her, no one else who could captivate audiences with her vulnerability, sexiness and charm.

Then along came Michelle Williams. And five minutes into her first scene, I forgot all about Michelle. I was watching Marilyn. Marilyn Monroe.

Falling in love with Marilyn

My Week With Marilyn is the true story of Colin Clark (played by British actor Eddie Redmayne), a bottom-rung intern who happens to land a job on a movie starring Marilyn Monroe. Not only does he not know anything about working on a film set, but he doesn’t know anything about love, either. Well, he’s about to find out, from the one woman who many men considered a goddess among us.

Kenneth Branagh plays Sir Laurence Olivier, the bitter, disgruntled film director who is tired of putting up with Marilyn’s mood swings. Redmayne plays well opposite Branagh, as the wide-eyed 24 year old who wants to learn about life. When Colin becomes infatuated with Marilyn and she takes a liking to him (her husband Arthur Miller — played by Dougray Scott — has left her and gone back to America), the two develop an uncanny friendship.

As Colin’s adoration of Marilyn grows, she begins to realize that no one can see her for who she really is. She tires of his love, as she has done with so many before. The tragedy of what was undoubtedly a destructive cycle in her life can be felt with this single episode. 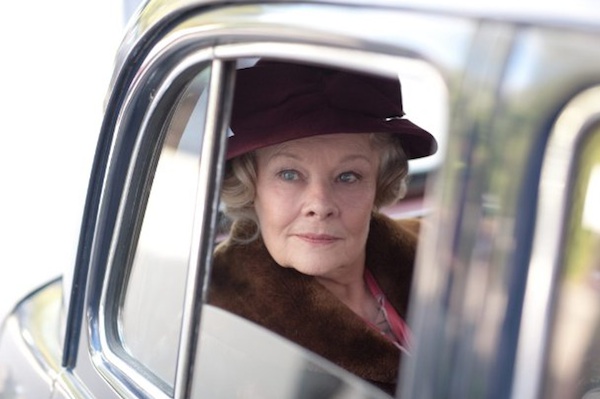 Milton Greene is played by hot (as in career-wise and looks) British actor Dominic Cooper. We’ve seen Cooper in period pieces like An Education and the TV mini-series Sense & Sensibility as well as superhero movies like Captain America: The First Avenger, but you haven’t seen him heartbroken until you see him play a man discarded by Marilyn. 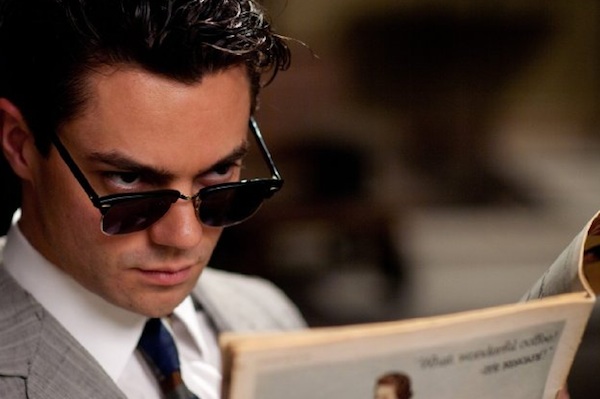 Dominic Cooper told SheKnows, “It was completely magical to be in that place where that film was made.” My Week with Marilyn was filmed in the same studio as The Prince and the Showgirl, starring Marilyn Monroe.

What do we learn about this man-eater on wheels? That it’s not so easy to be that girl. The one everyone admires, especially if you feel like no one really loves you deep down. To be the recipient of other people’s hopes and dreams, it’s more than just a burden. The only thing Marilyn can do is use who they think she might be to her advantage. She has nothing else. No self-confidence, no self worth, no belief in her ability. So feeds the vicious cycle of her depression, rage and eventual wooing of her next victim. A goddess to some, a vixen to others.

The story is based on a memoir by Clark about his time on the set of The Prince and the Showgirl, a film shot in England in 1956. Clark died in 2002, so he’ll never see the story of the most amazing thing that ever happened to him come to life on the big screen. He missed something wonderful. Director Simon Curtis captures the mood perfectly. Costumes, set design, cars, dialog. It’s 1956 to a T.

Williams sings two numbers in the film that are truly captivating. The flash bulbs give us a sense of her pop icon status, the chase lounges show us the Marilyn we imagine, lying about in her dressing room contemplating life. She runs through the forest, skinny dips and knows when to turn it on. For two hours, the audience gets a taste of what it was like to spend time with this dazzling woman.

If you have a penchant for great performances, a taste for old Hollywood and any curiosity about what it might have been like to be around one of the sexiest women of the 20th century, My Week with Marilyn is for you.