Revisit the snowy ice cap of South America and its adorable penguin residents for a journey of musical proportions in Happy Feet Two. 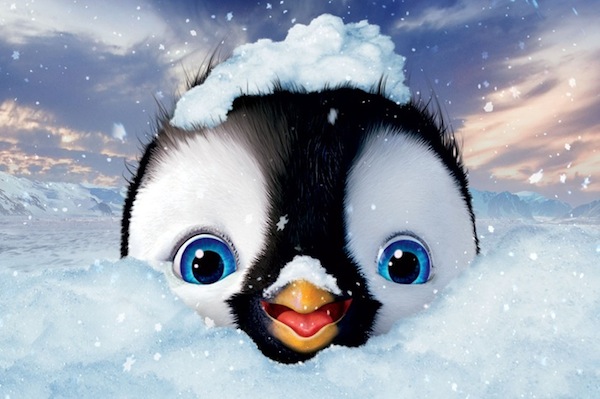 They’re back! And it’s colder than ever in the South Pole, a place where every penguin must find his voice, er… dancing feet.

In the sequel to the Oscar-winning animated film starring the same lovable penguins, Happy Feet Two takes audiences on a journey around the polar cap as one very tiny penguin finds his place in the world.

We pick up where the first Happy Feet left off — but never fear if you didn’t see it, you’ll catch on pretty quick. Mumble (played by Elijah Wood) was the penguin who couldn’t sing in a society where strong vocal cords help catch a mate. He discovered he was better at dancing than belting out a tune and now he’s happily married to the golden-voiced Gloria (played by Pink). They have a son, Erik (played by E.G. Daily), who unfortunately was born with two left feet. 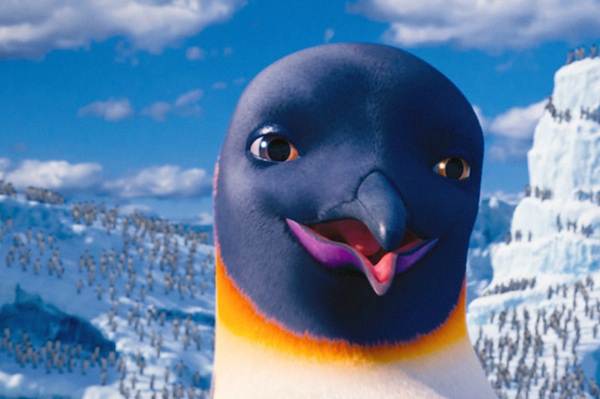 When Erik runs away from home in search of his true talent, he joins a neighboring colony along with a love-struck penguin named Ramon (played by Robin Williams). There, they discover a penguin who can fly. When it finally seems possible that Erik might have the chance to find himself, his father Mumble shows up to take him home. During the journey back to their colony, a snowstorm blows in and the colony becomes trapped.

Stuck on the outside with dear old dad, Erik and the others must find a way to save Gloria and their colony.

Music, dancing and general penguin cuteness ensues. But even when you’ve got happy feet, danger is never far off. The group encounters several obstacles on their journey — elephant seals, angry hawks and a research ship full of humans whose intentions aren’t always benign. The audience starts to understand what our impact might be on this isolated part of the world and its native creatures.

The most surprising and most engaging part of the film is the existential journey made by two tiny krill, played by Brad Pitt and Matt Damon. They debate the meaning of life and their place at the bottom of the food chain.

Hello Mr. Krill, is that Will or Bill…? 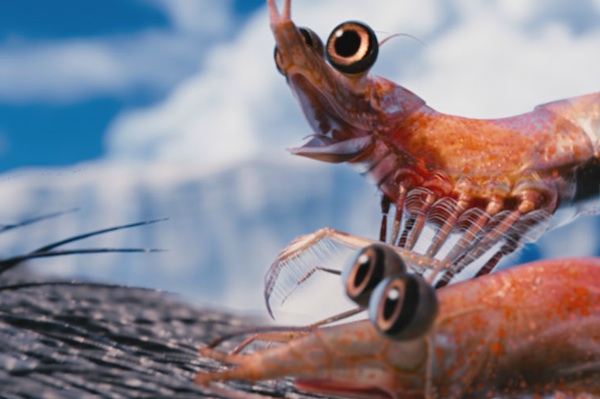 At times, the audience might be confused about who’s speaking. Is it Will the Krill or Bill the Krill? Pitt plays Will; Damon plays Bill. Or is it the other way around? They look exactly the same and half the fun is trying to track who’s doing what on their amazing adventure through the South Pole.

If you like animated films with singing and dancing like The Lion King and the first Happy Feet, or films about wildlife and adventure like Finding Nemo, this is sure to get your feet moving with great music from Pink, Hank Azaria, Lil P-Nut and E.G. Daily.

Bottom line: If you like music and moving your feet, Happy Feet Two is a fun family film for animal and nature lovers who want to get up and dance.