When it comes to getting that paycheck, Jessica Biel is willing to bare all. And we’re not talking about her feelings. 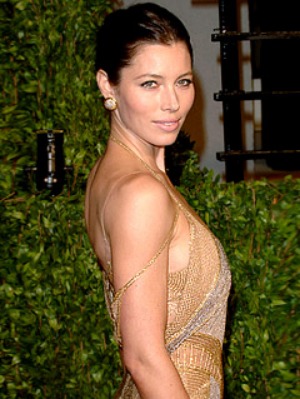 Jessica Biel is ready to take her career to her next level — with or without her clothes on.

The 29-year-old actress told the Daily Mail that although her first attempt at nudity on the silver screen was a flop, she’d be willing to strip down again for the right role.

She admits it was “brutal” to see her naked body plastered all over the internet in a clip from the 2009 film Powder Blue — although she says she’d do it again if the right part called for it.

“It’s unfortunate,” she says. “It was brutal for a while. There was so much more that we put into it.”

She adds, “I wasn’t so scarred by the experience that I wouldn’t do it again. If a director I trusted came to me with an amazing opportunity and it felt organic, I would do it.”

Meanwhile, despite Biel’s A-list status in Hollywood and the rumors that she has rekindled her romance with ex-boyfriend Justin Timberlake, she reveals that she still feels lonely “all the time.”

“You live this weird gypsy lifestyle, having to make new friends all the time, going to a different city… living in a new place,” she says.

Biel may not have to worry about living a gypsy life for too long, though. There were reports back in September that suggested Biel and Timberlake might be taking their relationship to the next level — with a possible marriage in their future.