Rebecca Romijn and Jerry O’Connell are lucky in love on 11/11/11. Learn why the date has special meaning to the pair, who celebrated the date by renewing their wedding vows!

Nov. 11, 2011 (11/11/11), is turning into a very romantic celebration for Rebecca Romijn and Jerry O’Connell. The lovebirds chose to renew their vows on the unique date that holds special a special meaning in their lives. 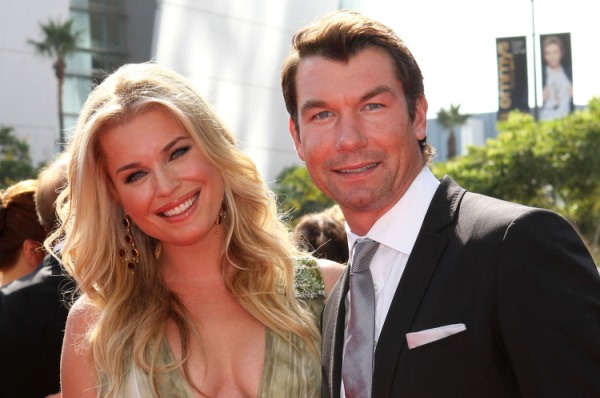 Jerry O’Connell explains to People magazine that he and wife Rebecca Romijn have a twice-daily opportunity to share a special love message with one another. “If we happen to look at our phone and it’s 11:11, one of us always texts the other,” says the 37-year-old.

11/11/11 also has meaning in its numerical symmetry for the family, which includes twin daughters Dolly and Charlie, who are set to celebrate their third birthday in December. He explains, “There’s two of us — Rebecca and I — and the two of our kids.”

Inspiration for the vow renewal occurred just a few days before the event. Jerry O’Connell, who is currently starring in a Broadway play in New York,  shares, “A couple of nights ago, I said to Rebecca, ‘We should renew our vows at 11:11 and 11 seconds on 11/11.’ And she said, ‘We should do it at 11th Street and 11th Ave. ‘”

And so they did! Early Friday morning, the pair journeyed to their planned location for a very private exchange of vows, one that turned out to be more emotional than expected for the actor. “I didn’t think [renewing our vows] was gonna be so emotional, but it was… I think I was more emotional than my wife.”

While the couple’s 11/11/11 vow renewal was emotionally beautiful, the ceremony wasn’t fancy by any means. Throw any image of Rebecca Romijn in a grand bridal gown out the window and instead picture corduroy. The 39-year-old actress requested striped clothing in honor of the dates numerical vertical appearance.

“She wanted us to wear corduroys somewhere,” says Jerry O’Connell. “It’s the fabric of 11/11.”

Did you do anything to celebrate 11/11/11 as Rebecca Romijn and Jerry O’Connell did?