Ashton Kutcher ignited a firestorm of criticism after he tweeted against Joe Paterno’s firing from Penn State. 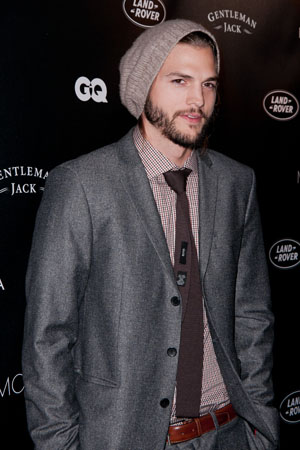 “How do you fire Jo Pa? #insult #noclass as a hawkeye fan I find it in poor taste,” he tweeted minutes after Paterno’s ouster was made public. He backtracked after about 20 minutes.

“Heard Joe was fired, fully recant previous tweet! Didn’t have full story. #admitwhenYoumakemistakes,” he tweeted when followers quickly turned against him. Kutcher then retweeted followers who blasted him for the tweet.

“This is an insane story, I just heard paterno was fired, getting the rest of the story now… Wow,” he added.

Paterno was fired from his 45-year coaching career at Penn State after former defensive coordinator Jerry Sandusky was charged with several counts of child molestation. Paterno was allegedly notified of an incident between Sandusky and a boy in the Penn State locker room. He then told his boss about the incident, but no charges were brought at the time.

It’s hard to believe someone like Kutcher — the co-founder of the anti-child trafficking DNA Foundation with wife Demi Moore — had no idea what happened. Still, that’s his story and he’s sticking to it.

“As of immediately I will stop tweeting until I find a way to properly manage this feed. I feel awful about this error. Won’t happen again,” he added before signing off for the night. It’s hardly the end of it for fans, though.

“You can’t even act when you type,” comedian Kelly Oxford tweeted to the Two and a Half Men star.