While her daughter Kim Kardashian is publicly regretting her decision to tie the knot so quickly, mother Kris Jenner is sharing some of her regrets, too. 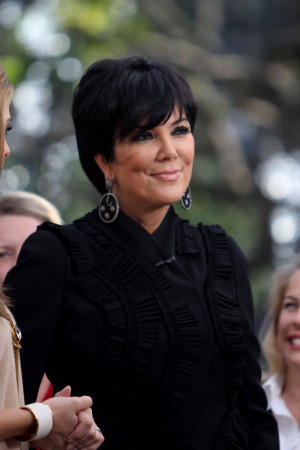 Kris Jenner says she regrets cheating on her first husband and the father of her four kids, Robert Kardashian. The Kardashian matriarch expressed her regret after confessing that she had a “wild,” sex-fueled affair in her new book, “Kris Jenner and All Things Kardashian.”

In an interview with Jay Leno last night to promote her new memoir, she called her infidelity “the biggest regret of my life.”

“Robert had been the only man in my life since I was 18,” Jenner said. “I don’t know why I was having a mid-life crisis at 30, but I was. His name was Ryan, and he was a producer. We had wild sex everywhere, all the time.”

Jenner further explained that she got caught red-handed with her secret lover at a restaurant after Kardashian had her followed. She says he filed for divorce soon after.

“When you’re very young you do a lot of stupid things. It’s probably the biggest regret of my life that I ended up having an affair,” she said. “[I was] probably just really naive and stupid and restless and didn’t realize that marriage has its ups and downs.”

Jenner went on to marry Olympic track and fielder Bruce Jenner after being set up with him on a blind date. They have two children together, Kendall, 16, and Kylie, 14, and recently celebrated their 20th wedding anniversary.

It seems like Jenner is selling more secrets these days than actual book copies. Is there anything this family can keep to themselves?